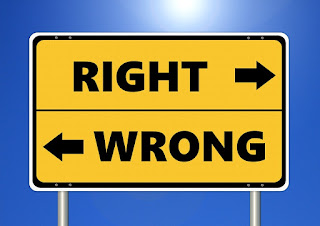 Maryam Kouchaki, Nour Kteily,  and Adam Waytz have conducted experimental research to examine repeated unethical behavior.   What psychological mechanisms drive serial offenders to lie and cheat time and again?   These scholars found that individuals try to escape taking personal responsibility for their deceitful actions by blaming their own personality.   It’s sort of a “Woe is me, I can’t control these bad attributes that drive my behavior” type of thinking.  Kouchaki notes, “Because morally questionable behavior is uncomfortable, people don’t want to take responsibility for it.”
Related Posts

Why is the British Planning System so Peculiar – the Origin…

Nov 27, 2018
The scholars call it self de-humanization.   Individuals conclude that they have less capacity for self-control, that they don’t have the capacity to prevent themselves from making bad choices. Kouchaki explains, “You behave consistently with your self-view that you lack these human capabilities of agency and experience.”  In other words, people adopt a negative self-image as a way to justify their unethical behavior.   A vicious cycle ensues.  Bad choices beget this rationalization process, which then makes it easier to cross the line and lie/cheat/steal in the future.
Share FacebookTwitterPinterestTelegramTumblrWhatsAppLinkedinReddIt
You might also like

Draw It and You Will Remember It | Decision Making