When Saying Thank You Can Get You in Trouble 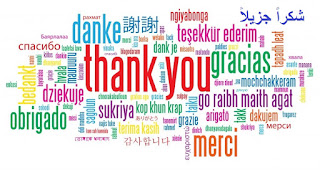 Jeremy Yip, Cindy Chan, Kelly Kiyeon Lee, and Alison Wood Brooks have conducted a study regarding competitive negotiations that, to some extent, is rather disheartening.  They explored whether expressions of gratitude may be detrimental during negotiations.   Specifically, they explored whether “negotiators are likely to respond selfishly and opportunistically to gratitude expressed in competitive deal-making situations.”
The scholars conducted a series of experimental studies to explore how expressions of gratitude affect a counterpart’s behavior during a negotiation.   Here are their findings:
Study 1a:   In a negotation over a price of a backpack, buyers made more selfish counteroffers if the seller expressed gratitude after receiving the initial offer.
Study 1b:  The scholars replicated their findings from Study #1 using a different context.  In this case, two parties engaged in a rental property negotiation.
Study 2:  The scholars found that, “Grateful counterparts are more likely to infer that their counterparts are particularly forgiving, which encourages exploitative behavior.”
Study 3:  Using the rental property negotation again, scholars found that gratitude elicits selfish behvaior, but expressions of excitement do not.
Study 4:  The researchers found that expressions of gratitude tend to induce selfish deception on the part of counterparties, i.e. they were more likely to lie in an effort to achieve a better outcome.

How to Send Text Messages with Google Assistant