Joint-Employment Standard Back in Spotlight as Appeals Court Reenters Case

An appeals court’s decision to grant a motion to reconsider a case involving joint employment is the latest development in an issue that has sparked much confusion in recent months. 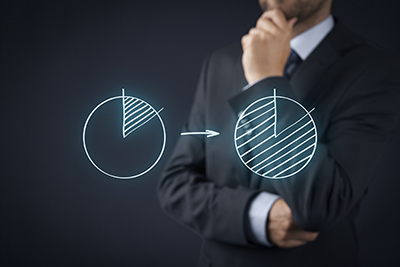 On March 1, the National Labor Relations Board (NLRB) asked the U.S. Court of Appeals for the D.C. Circuit to step back into the case, and the court granted the motion on April 6. The case involves Browning-Ferris Industries and centers on whether the company was a joint employer with a staffing company that provided workers to a Browning-Ferris recycling plant.

In granting the motion, the court noted that the case would be held in abeyance pending action from the NLRB on another case—Hy-Brand Industrial Contractors, Ltd. and Brandt Construction Co., which set a different joint-employment standard from the one set by the NLRB in Browning-Ferris.

“The . . . D.C. Circuit and employers across the country have something in common lately—they are looking at the NLRB to make up its mind about what the joint employer standard is,” Ryan J. Funk, an editor of Indiana Employment Law Letter and attorney with Faegre Baker Daniels LLP in Indianapolis, says of the latest development.

In 2015, the Democrat-majority NLRB heard the Browning-Ferris case and established a standard that says an employer can be deemed a joint employer for union election cases and unfair labor practice proceedings if it exercises even indirect control over employees of another employer. That was a change from the previous standard.

In December 2017, a Republican-majority NLRB reverted to the old employer-friendly joint-employment standard in deciding the Hy-Brand case. That standard requires an employer to exercise direct, not just indirect, control over a group of employees to be considered a joint employer.

The more employer-friendly standard was short-lived because in February 2018, the Board vacated its Hy-Brand decision because Board Member William J. Emanuel’s former law firm was involved in the related Browning-Ferris case, and it was determined that he should not have participated in the Hy-Brand decision.

So now the court and employers are waiting for the Board to revisit Hy-Brand.

“The NLRB will figure it out eventually, probably with a return to the employer-friendly standard it articulated in Hy-Brand,” Funk says. “In the meantime, this order from the D.C. Circuit keeps alive its consideration of the joint employer issue. The court is moving back into position to rule on the issue if needed, although it seems to have no intention of doing that until the NLRB shows its hand.”

Funk says employers are in the same position they were in before the order from the D.C. Circuit was issued. “Browning-Ferris contains the official joint employer standard, but it seems all but certain that the NLRB will change that standard to the more employer-friendly standard it articulated in Hy-Brand,” he says.

Burton J. Fishman, a contributor to Federal Employment Law Insider and an attorney with Fortney & Scott, LLC, in Washington, D.C., says the matter “is just a mess and it’s all tied up in the ethics issue regarding Member Emanuel.”

Fishman’s message to employers is that it isn’t likely that there will be any enforcement of the Browning-Ferris standard unless and until the Board resolves the Hy-Brand matter and the court decides Browning-Ferris.

Fishman also points out that the Board, which has been down to four members (two Republicans and two Democrats), will soon have a Republican majority. John Ring won confirmation to the Board on April 11. With Republicans holding a 3-2 majority, the next Hy-Brand decision is likely to return to the more employer-friendly standard, Fishman says.