It’s been one week since Cardi B released her debut studio album “Invasion of Privacy,” and over that time it’s reached more than 100 million streams on Apple Music. According to stats provided by Apple to The Verge, this means that Cardi B has set a new record for first-week streams by a female artist on Apple’s streaming music service.

The previous record holder was Taylor Swift and her album “Reputation,” which launched late last year. Invasion of Privacy is said to have broken Swift’s streaming numbers on Apple Music by the middle of this week, and it’s now the “fifth most-streamed album ever” on Apple Music, surpassing both The Weeknd’s “Starboy” and Ed Sheeran’s “Divide.” 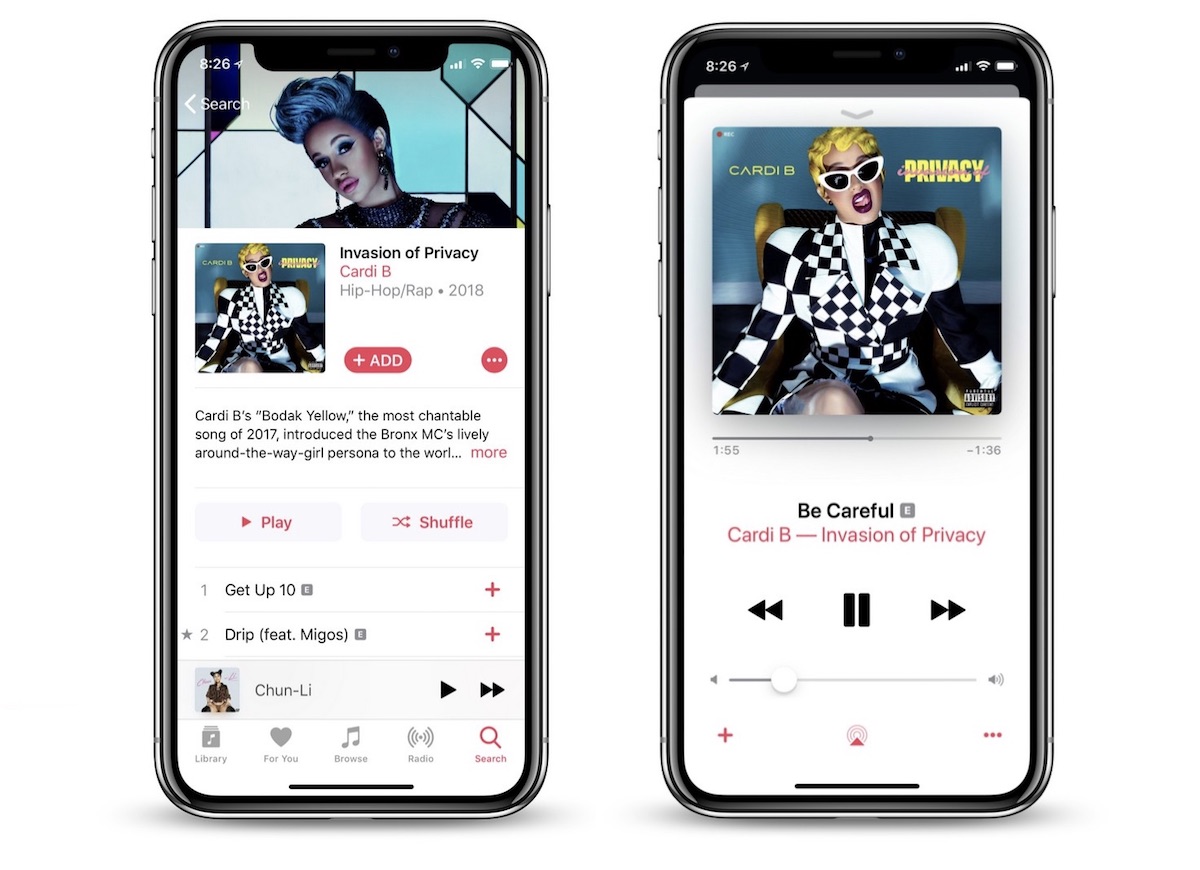 Cardi B’s record breaking debut comes as Apple Music hit a new milestone in subscribers earlier this week, reaching 40 million paid users across 115 countries. Additionally, there are eight million people on the service’s three-month free trial, bringing the total to nearly 50 million users listening to Apple Music, which is closing in on its 3-year birthday this June.