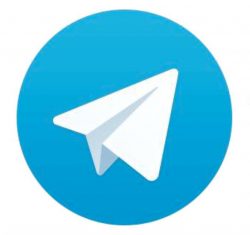 A Russian law court has ordered that access to the Telegram encrypted messaging service should be blocked, according to Russian news agencies on Friday (via Reuters).

The development follows last week’s news that Russia’s media regulator had filed legal proceedings to block the app in the country because the company refused to enable state security services to access users’ messages.

The Telegram platform allows people to communicate with each other using end-to-end encryption, meaning no-one – not even Telegram – has access to messages sent between users.

The app has over 200 million users globally. They include Kremlin staff, who use Telegram to coordinate conference calls with Vladimir Putin’s spokesman. Many government officials also use the messenger app to communicate with media, according to Reuters.

When Reuters asked a person in the Russian government on how they would operate without access to Telegram, the person, who asked not be identified due to the sensitivity of the issue, replied by sending a screenshot of his mobile phone with an open VPN app.

Telegram becomes the second global network after LinkedIn to be blocked in Russia. In 2016, a court found LinkedIn guilty of violating a law that requires companies holding Russian citizens’ data to store it on servers within Russia.