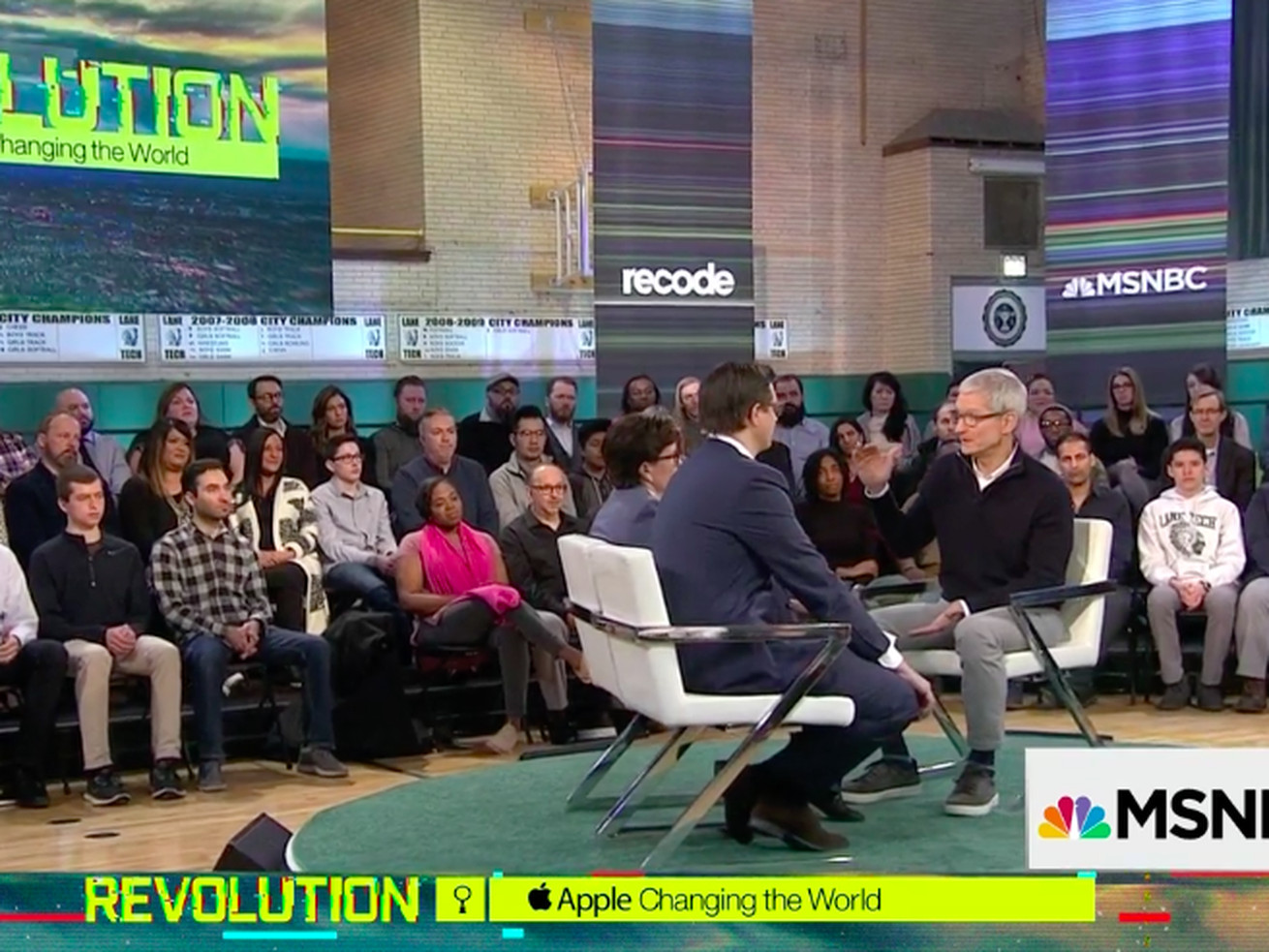 Assembled in China. But key parts and equipment are American.

Apple has long assembled the iPhone in China. Why not here, in the United States?

“We are building things in the United States,” Apple CEO Tim Cook said, speaking in Chicago at a taping of Revolution: Apple Changing The World, a special collaboration between Recode and MSNBC. “It’s not true that iPhone isn’t built in the United States.”

“What people fixate on,” Cook said, is that the final assembly is done in China. But in a “global world,” you do things in a variety of places — components from some places, assembly in others.

The iPhone’s display glass, for example, comes from Kentucky, Cook said. Chips are built all over the U.S., as is equipment for manufacturing the iPhone. The FaceID module on the iPhone X will be built in Texas. Plants are going up in many places.

What about Donald Trump’s pressure to do more manufacturing in the States? (Remember when the president said that Cook “promised” to build “three big plants, beautiful plants” in the U.S.?)

“We know that Apple could only have been created in the United States,” he said, drawing applause from the audience. “We love this country. We’re patriots. This is our country. Want to create as many jobs in the U.S. as we can.”