Tim Cook’s advice to his younger self: ‘The joy is in the journey’ 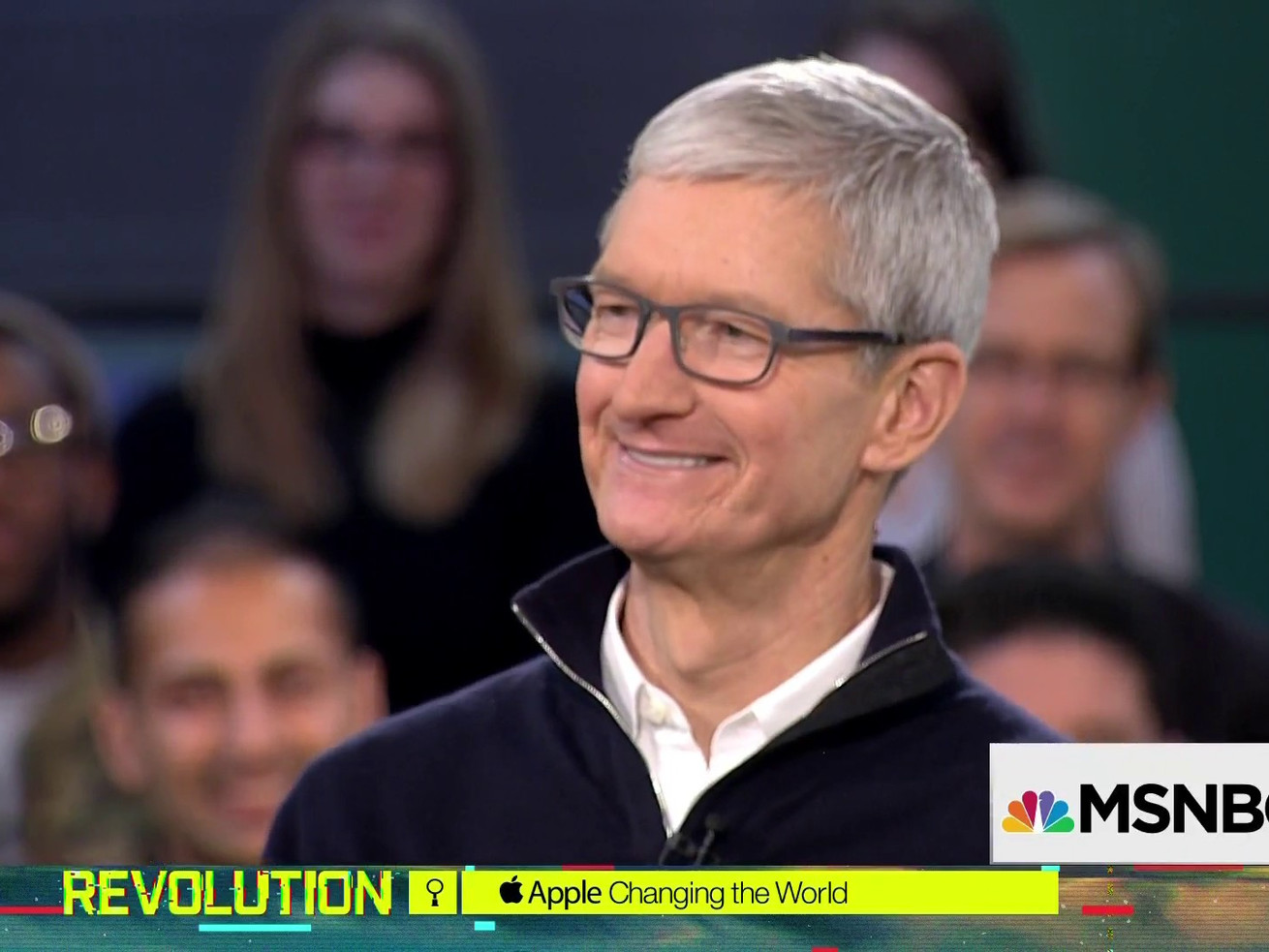 “Our purpose is to serve humanity.”

“Knowing everything you know now, what would be the greatest piece of advice you’d give your high school self?”

That was the final audience question for Apple CEO Tim Cook during this week’s taping — at a Chicago public high school — of “Revolution: Apple Changing The World,” a TV collaboration between Recode and MSNBC that’s scheduled to air on Friday, April 6 at 8 pm ET.

His response: “I would tell myself that the joy is in the journey.”

And so, most people ask themselves the wrong question. The question they should be asking is: How should I serve humanity? What will be my gift?

And I wish I would have realized that sooner. Because I went through a period of time that I was rudderless where I thought I should be looking for my purpose. I looked under every sheet, behind every door, and everywhere, and I couldn’t find it. I thought, “Oh my God, there’s something wrong with me. I can’t find it.”

And then I found it in Apple, and I found a company that believed at the company level that its job was to serve humanity and —

Another round of applause.

It’s that that has made all the difference for me — is just being a part of that. And I wish I would have found it earlier. I wish somebody would have hit me over the head with it earlier.

Steve [Jobs] hit me over the head with it. It just took a little while.

This wasn’t Cook’s first time delivering this message, but it struck a chord in the room — a high school gymnasium.

In 2010, he addressed the Auburn graduating class, concluding, “Let your joy be in your journey — not in some distant goal.” Six years ago, he talked about it — in the context of his relationship with Steve Jobs — with Recode founders Kara Swisher and Walt Mossberg at the D conference.

But after more than an hour and a half of taping the show, discussing in-the-news topics like privacy, regulation, political pressure and job creation, it was a nice way to wrap up.