What this Silicon Valley VC learned on the ‘Rust Belt Safari’ 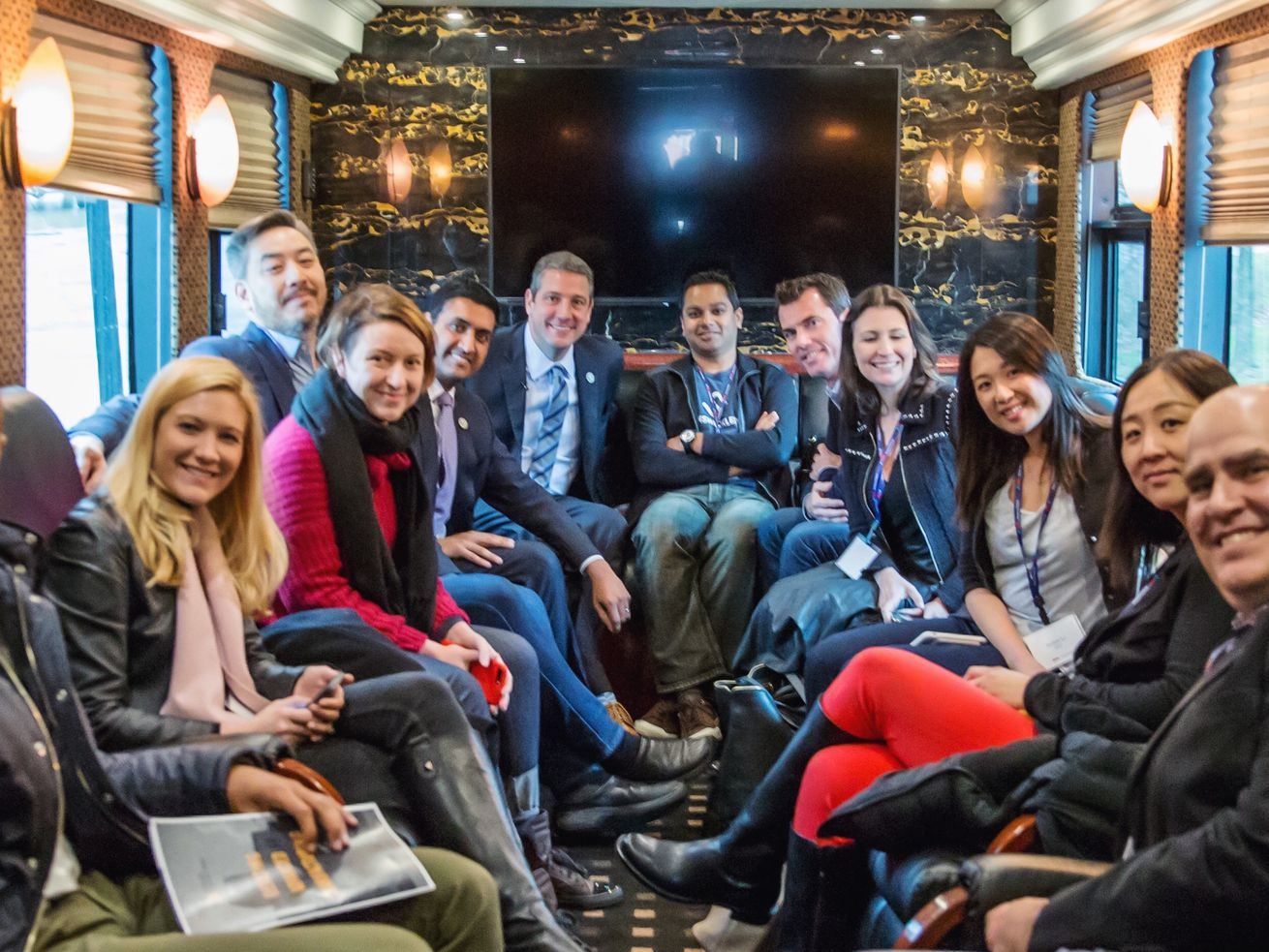 There are plenty of ways for tech to play in the “comeback cities” of the heartland.

A version of this contributed post by Roy Bahat originally appeared on Medium. At the end of February, Bahat joined Rep. Tim Ryan (who represents Youngstown, Ohio) and Rep. Ro Khanna (who represents Silicon Valley) as part of a delegation of 12 venture capitalists on a “Comeback Cities Tour” of U.S. heartland cities to learn what it will take to get more investment flowing to these cities. They met with local business people, elected officials and incubators in each, with the goal of having VCs learn about the startup activity and investment opportunities outside the coasts.

What if there were a magical place where startups could grow up and to the right without having to stockpile a lifetime supply of Odwalla to hire an engineer?

Where you can get to work in under 10 minutes. Where the coffee’s still single-origin and you don’t need a line-item in your personal budget to be sure you can afford it.

I’ve seen those places. They exist.

A few weeks ago, two members of Congress  — Tim Ryan, D-Ohio, and Ro Khanna, D-Calif.,  —  pulled a reverse “Mr. Smith Goes to Washington” and sardined a dozen VCs into a tour bus. Our fund helped pull the trip together, visiting with leaders in “comeback cities”  —  Youngstown, Akron, Flint, Detroit and South Bend.

We were trying to figure out how we, the “rapacious vultures,” might invest more money in these heartland cities. We want to be part of making our country stronger, and to find investment opportunities outside our little corners.

We thought we’d be seeking hidden gems ;  what we really found was fertile soil. Fertile for new startups, yes, and also for second offices for later-stage companies unable to squeeze one more standing desk into their SoMa open offices. For us investors, these comeback cities offer a chance to scale our “boutique” practice of investing in technology. There are plenty of ways for tech to play here.

The biggest funds in the world already look in these places: Private equity long has, and the very biggest funds seem indifferent to geography. (Once you’re a monster, you can make your bed wherever you damn well please.)

These comeback cities have what we’re missing in Silicon Valley: Problems to solve that are more representative of the American (and, possibly, global) markets. They have engineers willing to work without an in-house masseuse. They have the money (both corporate and investor bucks). They have the technology. And, yes, they have the kombucha.

If a service is needed somewhere like South Bend, it’s probably needed everywhere. We met founders building companies that Silicon Valley folks would never even think to start. (Ironic! Silicon Valley made its bones by attacking markets big companies ignored.) Like Jada, which finances homes that are too inexpensive to finance with a regular mortgage. You’re right, Mayor Pete: If you want to serve America, find Americans.

Founders in comeback cities are experimenting with a much wider range of business models. We in Silicon Valley only practice one play: Throwing a Hail Mary to a unicorn. Elsewhere, there are reindeer, zebras and all manner of creatures we have yet to see. Investors can make money on all these, if we’re willing to go back to first principles and invent new ways of financing these companies. While Silicon Valley is stuck in its standard model (“what’s the cap on your SAFE”), folks elsewhere are innovating (cf. indie.vc, Rise of the Rest).

And founders in comeback cities  —  actually, all the people we met  —  have a resilience you can only get by being punched in the face, hoisting up and stepping forward. (The people of Flint could teach a master class in flinty-ness to any C-suite in America.)

Not convinced that your dollars or startup should “go heartland?” What about the many corporations sprinkled throughout these areas, which you Bay Area startups have yet to win as customers? (Unlike Tesla, whose logo is in so many enterprise startup pitch decks that it’s practically a cliche.) What if you tapped other growth opportunities, like working with the largest retailers in fast food, enormous real estate developers or one of the biggest distributors of fireworks? Pop. (Today, only the biggest funds and the startups they back focus on courting these customers.)

There’s plenty of local money that knows which founders to trust. These angels (truly, angelic) often made their money in a family business and are familiar with investing in real estate. They’re getting more familiar with technology ventures, and every month the top of the jar loosens.

Unlike San Francisco, where most startups struggle to name the current mayor, in comeback cities, leaders actually know each other and work as a team, a peace dividend of overcoming all these years of adversity :  City Hall hustles to help you find an office, a county official lures press to your ribbon cutting and nonprofits teach you how to be a constructive presence in the community. Everyone returns everyone else’s calls.

For all these reasons and more, we coastal VCs fell in love with the heartland. And, like all love, it’s flawed.

Yes, we were carpetbagging by going there. Yes, there’s a risk of us committing the very sins of coastal elitism we’re trying to address. Yes, when your potential unicorn hits the oh-my-we-can’t-stop-the-growth phase, it will be excruciating to find talent with muscle memory on how to jump a startup to hyperspace.

Yes, it’s still hard for a Silicon Valley investor like me to make a day-zero investment in another city, where my lack of relationships and context outweighs whatever “skill” in startups I might bring. (And, in fact, our fund is still explicitly focused on investing in the Bay Area and in New York, something we explain in our possibly-baring-too-much online manual.)

Most of all, I was reminded of how little I understand my own country, how much our variety underlines any one person’s ignorance. More on that next time I write …

Meanwhile, heartland — we’ll be back. And while time will tell, money will talk.

Roy Bahat is the founder and head of Bloomberg Beta, an early-stage venture capital firm backed by Bloomberg LP that invests in the future of work. Previously, he served as the president of IGN Entertainment, which he joined in 2007. He has also worked for the government and the mayor of New York City, and has led a nonprofit in addition to his work at established corporations and day-zero startups. Bahat teaches media at UC Berkeley; he is a graduate of Harvard College and was a Rhodes Scholar. Reach him @roybahat.