Gender Pay Gap: Women are Getting Shortchanged, and They Know It

A new report released by Hired, a job search engine, highlights the growing trend of the gender pay disparity among tech workers. Now in its third year, The State of Wage Inequality in the Workplace looks at the gender wage gap across geographies, industries, and roles. It also examines how factors such as negotiation, race, and LGBTQ+ status impact compensation. 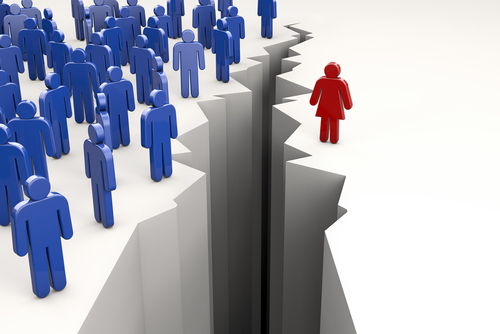 The State of Wage Inequality in the Workplace features data from job candidates who set a preferred salary, as well as companies that have disclosed compensation information on the Hired platform. Hired also surveyed more than 1,200 Hired candidates about their personal experience with pay inequality and asked for their perspectives on how the problem could be solved.

The Hired report aims to empower candidates to ask for what they’re worth and prompt companies to evaluate and adjust their own compensation philosophies. With this report, Hired hopes it will fuel the conversation about pay equality so that everyone can be a part of the solution.

Key findings of this report include:

In an effort to address the gender wage gap, California passed a law in late 2017 that no longer allows employers to ask job applicants about their prior salary. In addition, California employers must give applicants a pay range for the job they are seeking, if requested. The law went into effect on January 1, 2018, and it will be interesting to see whether this new law will have an impact on the wage disparity.

Similar measures were passed in Massachusetts; New Orleans, Louisiana; Pittsburgh, Pennsylvania; and Puerto Rico. The Massachusetts law will go into effect July 1, 2018, while the other locations’ laws went into effect immediately.

The post Gender Pay Gap: Women are Getting Shortchanged, and They Know It appeared first on HR Daily Advisor.

Jan 25, 2021
In this article we'll explain on-demand tech skills that you can utilize to make your digital work experience more organized and less stressful.
SEO