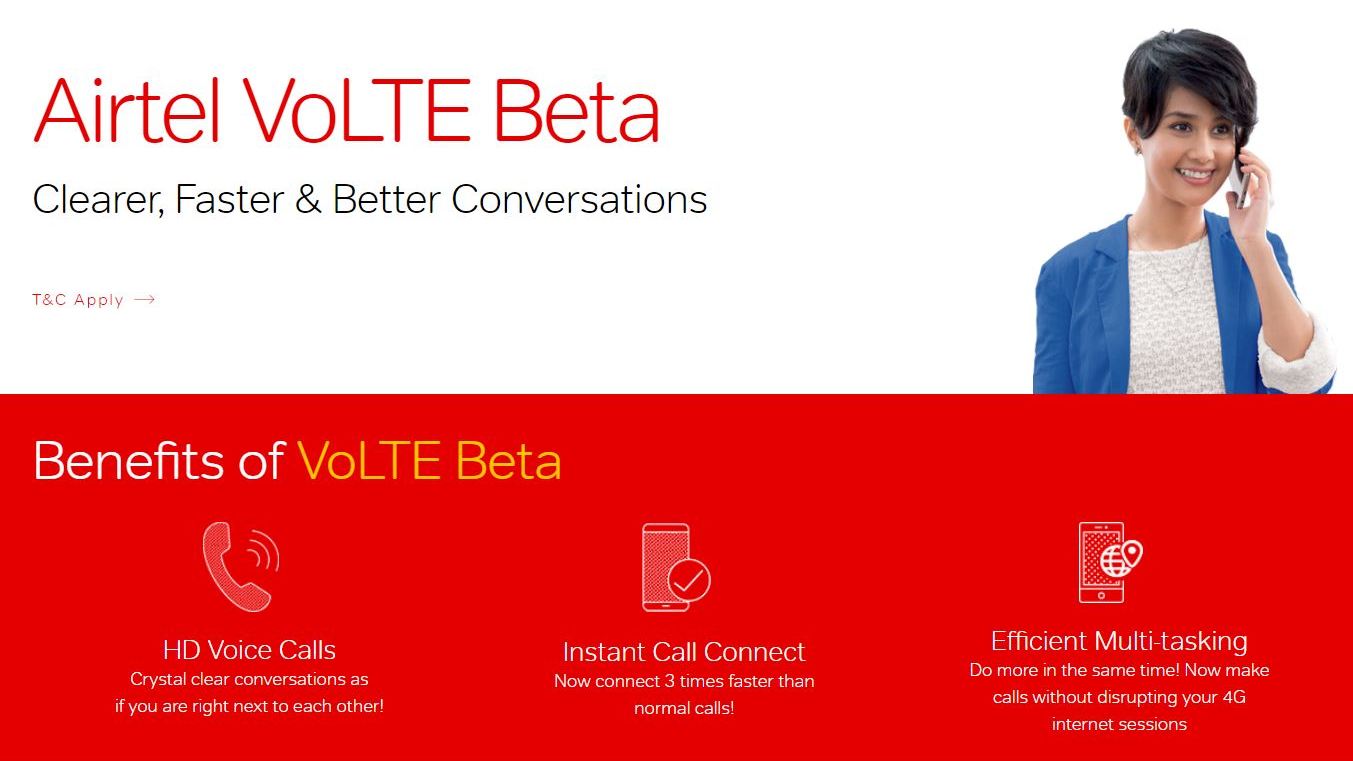 The Airtel VoLTE beta program has now been expanded to two new circles – Delhi and Rajasthan, allowing Airtel users in these two circles to sign up for VoLTE testing before its official rollout. To encourage its subscribers to sign up for the VoLTE beta test, Airtel is giving away up to 30GB of 4G data for free.

Airtel had earlier announced its VoLTE beta testing program in ten telecom circles across the country, allowing its prepaid and postpaid customers to help test its VoLTE network.

How to sign up for Airtel VoLTE beta program

To be eligible for the Airtel VoLTE beta program, you need to be an Airtel customer in one of the following telecom circles – Delhi, Rajasthan, Mumbai, Maharashtra, Goa, Madhya Pradesh, Chhattisgarh, Gujarat, Andhra Pradesh & Telangana, Karnataka, Chennai and Kolkata.

Next, your smartphone should be compatible with the Airtel VoLTE network. To check the list of Airtel VoLTE supported smartphones, head over to this Airtel page.

If you have an Airtel VoLTE compatible smartphone, then register your number on the Airtel VoLTE beta page here. Note that you will need an Airtel 4G SIM to enjoy 4G VoLTE benefits.

How to get 30GB data free

Claiming the free 30GB data is a three-step process. For the first 10GB data, you will have to register your mobile number of Airtel VoLTE beta page. The second and third 10GB installments will be credited after you provide feedback after 4 weeks and 8 weeks of usage respectively.