Tony Fadell, who was instrumental to the creation of the iPod, believes Apple should tackle the issue of smartphone addiction. 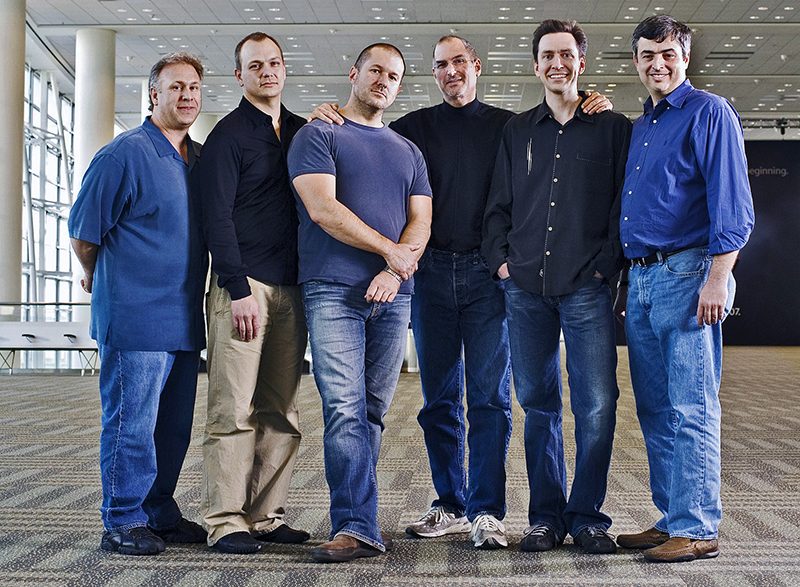 Tony Fadell, second from the left, alongside Steve Jobs and other Apple executives following the original iPhone announcement in 2007

In an editorial with Wired UK, the former Senior Vice President of the iPod division said Apple can solve the problem at the software level by “empowering users to understand more about how they use their devices.”

“To do this, it should let people track their digital activity in detail and across all devices,” said Fadell. “You should be able to see exactly how you spend your time and, if you wish, moderate your behavior accordingly.”

Fadell said his solution would essentially be like a digital scale to monitor time spent in apps, web browsing, and other tasks:

We need a “scale” for our digital weight, like we have for our physical weight. Our digital consumption data could look like a calendar with our historical activity. It should be itemized like a credit-card bill, so people can easily see how much time they spend each day on email, for example, or scrolling through posts. Imagine it’s like a health app which tracks metrics such as step count, heart rate, and sleep quality.

He added that Apple could also let users set their device to a “listen-only” or “read-only” mode, but it’s unclear how this would differ from Apple’s existing Do Not Disturb mode, which can be enabled when an iPhone is locked or unlocked.

Fadell believes Apple is “particularly well-placed to tackle this problem,” and that implementing these tools wouldn’t be difficult.

Fortunately, it appears that Apple is already working on improved parental controls similar to what Fadell outlined. More specifically, Bloomberg News reported that iOS 12 will feature “new features for parents to better monitor how long apps are being used for by kids and their overall screen time.”

In January, Apple confirmed it is working on “even more robust” parental controls following pressure from investors to do more to curb smartphone addiction. The new controls would likely extend to the Mac and other devices.

Fadell’s editorial was first published in the May-June issue of WIRED magazine, as part of a series of articles about “Apple’s next move.”