How Jabra is looking to sound to improve the modern workplace

Despite the many advances made in recent years with connected smart technology, the humble desk phone remains a common sight in many offices today.

Many of us know all too well the annoyance of failing to get a good signal for a call, or having to don clunky headsets to be able to talk hands-free whilst we work.

Now Jabra is looking to change all this however. The Danish firm, which traces its origins back as far as 1869, is looking to take the pain out of calls with its range of wireless workplace headsets.

The company is the world market leader in headsets and speaker phones sold to businesses, and invited TechRadar Pro to its offices in Copenhagen to show off how it is creating the next generation of soundproof devices. 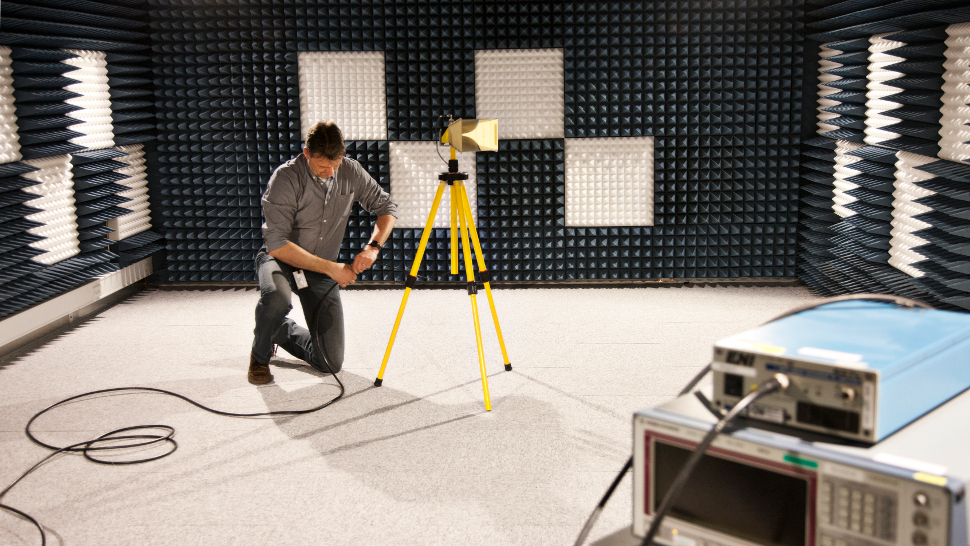 Part of GN, the Danish company responsible for laying the first telegraph cable between Europe and China in the 19th century, Jabra has long been a pioneer in connected workplace technology.

The firm introduced the world’s first Bluetooth headset back in 2009, and along with its enterprise offerings also sells consumer and fitness-focused earbuds, and hearing aids.

But the company is currently engaged in a bigger battle, says Bjorn Ekner, Jabra’s senior director, solutions and alliances – one of a “productivity paradox”.

Put simply, this is the nagging feeling shared by many people that despite all our supposedly smart technology that should be simplifying our lives and leaving us with more leisure time, lots of us still feel overwhelmingly “time-poor”.

As Ekner puts it, "we have all the tech available to be super productive, but are we really grasping it?”

Jabra’s recent research found that the modern worker faces more distractions today than ever before. With office space becoming more expensive, large numbers of desks are crammed together, creating a noisy and disturbing environment that is hardly conducive to productivity.

The company found that 78 percent of workers say interruptions in the office have a negative effect on productivity – and that it takes average of 23 minutes to get back into the flow after being disturbed.

Jabra is now looking to help improve productivity in these noisy workplaces with the launch of a number of new enterprise-focused devices. The Engage line is available in mono (one earpiece), stereo (two earpieces) or convertible (single in-ear) form factors, addressing the number of pain points encountered by office workers.

With customer satisfaction becoming a key KPI for such staff, the ability to solve complex problems over the phone can be essential to building a business relationship. 89 percent of consumers told Jabra that they stopped doing business with a company because of poor customer service, so the need for useful technology to ensure a good experience is key. 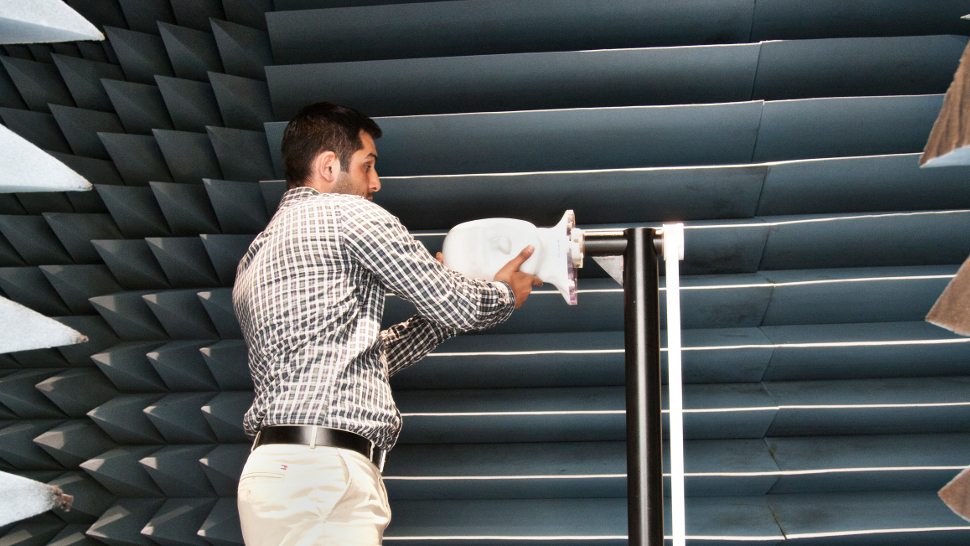 Jabra’s headquarters in Ballerup, just outside of Copenhagen, looks like many other corporate offices – but hidden inside is the company’s extensive testing facility.

The Jabra Sound Lab uses state-of-the-art research and testing processes to try and create new products that will allow workers and consumers alike to focus and cut out the unwanted noise of the world around them.

On our tour, TechRadar Pro was introduced to a number of Jabra’s test rooms, where the company runs the rule over all of its new devices to make sure they perform to the top of their game.

Soundproof booths are kitted out to look like an office or living room, with speakers bombarding test dummies equipped with a Jabra headset with the tidal wave of noise many of us know all too well from the modern office.

The company’s models are no ordinary dummies, however, as they contain liquid in order to simulate a real human head, to monitor the effect that sound waves could have on a user.

Microphones and speakers alike can be tested across a number of environments and noise levels, allowing Jabra to monitor and analyse sound pick-up to ensure a high level of performance.

Overall, then it seems that Jabra’s tests could go a long way to ensuring that employees across the world are able to cut out distractions, and become more productive.

As Ekner says, "if technology is used right, you can work from anywhere."