The Arkansas Supreme Court recently heard a case from a former Kroger employee who claims she sustained a brain injury while working; is she entitled to workers’ compensation benefits? 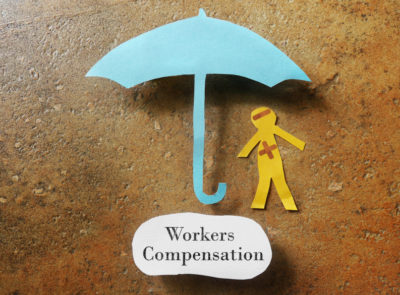 “Alexis” contended that she sustained a brain injury when she fell while working at Kroger in March 2012. Although she couldn’t remember the incident, she claimed she slipped and fell while carrying a tray of shrimp out of a cooler. Alternatively, she argued that her injury was unexplained and therefore compensable (meaning it arose out of and in the course of her employment).

Kroger argued that her injury wasn’t sustained on the job because it was idiopathic (meaning it arose spontaneously or from an unknown cause) and it wasn’t compensable because it wasn’t related to her employment.

An administrative law judge (ALJ) agreed with Kroger. He denied and dismissed Alexis’ claim for initial benefits. He found that she fell because of syncope (a temporary loss of consciousness caused by a drop in blood pressure), which was caused by a preexisting arrhythmic heart condition, and that her fall wasn’t work-related. The WCC and the Arkansas Court of Appeals both affirmed. Alexis appealed to the Arkansas Supreme Court.

On appeal, the supreme court explained that Alexis was required to prove a compensable injury, and to do so, she had to show a causal relationship between her employment and the injury with objective medical evidence.

The court noted that the issue on appeal was whether Alexis’ brain injury was the result of an unexplained cause or whether the cause was idiopathic. An idiopathic fall would be personal in nature or peculiar to the individual.

According to the court, because an idiopathic fall isn’t related to employment, it’s generally not compensable unless conditions related to employment contribute to the risk by placing the employee in a position that increases the dangerous effect of the fall. By contrast, a truly unexplained injury occurs while the employee is on the job and performing the duties of her employment, and therefore, the injury is compensable.

The ALJ’s stated reason for denying benefits—adopted by the WCC—was that Alexis fell as a result of syncope, which was caused by an arrhythmic heart condition, rather than a slip or an unexplained fall. The supreme court held that substantial evidence supported that decision.

At the hearing before the ALJ, Alexis testified that she had no recollection of working at Kroger on the day of the incident. Although her husband claimed she told him that she “slipped and fell and hit [her] head,” in his deposition he also stated that she told him, “I guess I passed out.” The court pointed out that there was no other evidence supporting the contention that she slipped.

Rather, her coworker testified that earlier in the day, she wasn’t acting like her usual self and was “looking out into space.” After the incident, she complained of being “light-headed.” The coworker also stated that the customer who witnessed the fall stated that she “fell out” or “passed out,” which the ALJ understood to mean that she appeared to have fainted.

Additionally, Alexis’ medical history supported the conclusion that she had fainted because of arrhythmia. She had a history of arrhythmia and had an implantable cardioverter defibrillator (ICD) device implanted in 2011. Her treating cardiologist testified that arrhythmia can cause a person’s blood pressure to drop precipitously, resulting in fainting. Although her ICD didn’t record an event on this particular date, the cardiologist admitted that it may not have recorded certain syncope incidents.

Moreover, Alexis told medical personnel that she had another syncope incident a week before her fall at Kroger. Given this information, the court found that substantial evidence existed to support the commission’s decision to deny her benefits because she failed to prove that there was a causal connection between the fall and her employment.

However, this doctrine only applies when the risk is neutral—meaning that the risk that caused the injury was neither personal to the employee nor distinctly associated with the employment. Under the increased-risk doctrine, the court explained, injuries are compensable if the employment exposed the employee to a greater degree of risk than other members of the general public in the vicinity.

According to the court, Alexis’ argument that being required to carry a pan with both hands while walking increased her risk wasn’t supported by the evidence. Likewise, there was no evidence that her job caused her to be more susceptible to syncope episodes.

The ALJ determined that she fell because of syncope, which was caused by a preexisting condition. This condition was personal to her and therefore wasn’t a neutral risk. Furthermore, she presented no evidence that working in the grocery deli put her at a greater risk of injury than members of the public in the vicinity. The court found that substantial evidence supported the commission’s decision to deny benefits on this ground, and it affirmed the commission on this point as well.

Generally, an injury caused solely by a reason that is personal to the employee isn’t compensable because it would have occurred even if the employee had not been at work.

Steve Jones is an attorney Jack Nelson Jones & Bryant, P.A and an editor of the Arkansas Employment Law Letter. He can be reached at sjones@jacknelsonjones.com.

How to Send Text Messages with Google Assistant