Sonos today announced the upcoming debut of new color options for the Sonos One speaker, launching in addition to the device’s current colors of white and black. Created in collaboration with Danish design brand HAY, the Sonos One will be available in red, yellow, and green in September 2018.

Although not mentioned specifically, the announcement of the new speaker colors also includes an image with a light pink speaker, so there could be additional colors coming as well. The update is focused on new colors and does not appear to include any changes or overhauls to other features of the Sonos One, but the price will be increased to $229/£229/€259, from $199/£199/€229 (via The Verge).

Inspired by the Danish company’s 2018 color palette, the HAY Sonos One Limited Edition Collection will provide customers with a bit more personalization options for Sonos’s latest speaker, according to representatives from both companies.

“Our speakers aren’t designed to claim attention but to blend naturally into their surroundings,” says Sonos VP of Design Tad Toulis. Even with the addition of colors to the typically black-and-white Sonos product line, the new HAY Sonos One still manages to maintain that aesthetic subtlety.

“These speakers deserve to be treated like furniture: strong, independent objects that fit different needs and spaces,” says Hay. By leveraging HAY’s singular approach to color, this limited edition collection fully realizes the Sonos philosophy of sonic architecture and harmonizes both brands’ ability to create products that can transform a home.

Sonos announced and launched the Sonos One in October 2017, placing the speaker as an entrant in the ever-growing smart speaker market. In January, on the same day that pre-orders for Apple’s HomePod went live, Sonos launched a bundle that included two Sonos One speakers together for $349/£349, saving customers $50 and directly matching HomePod’s $350 price tag. 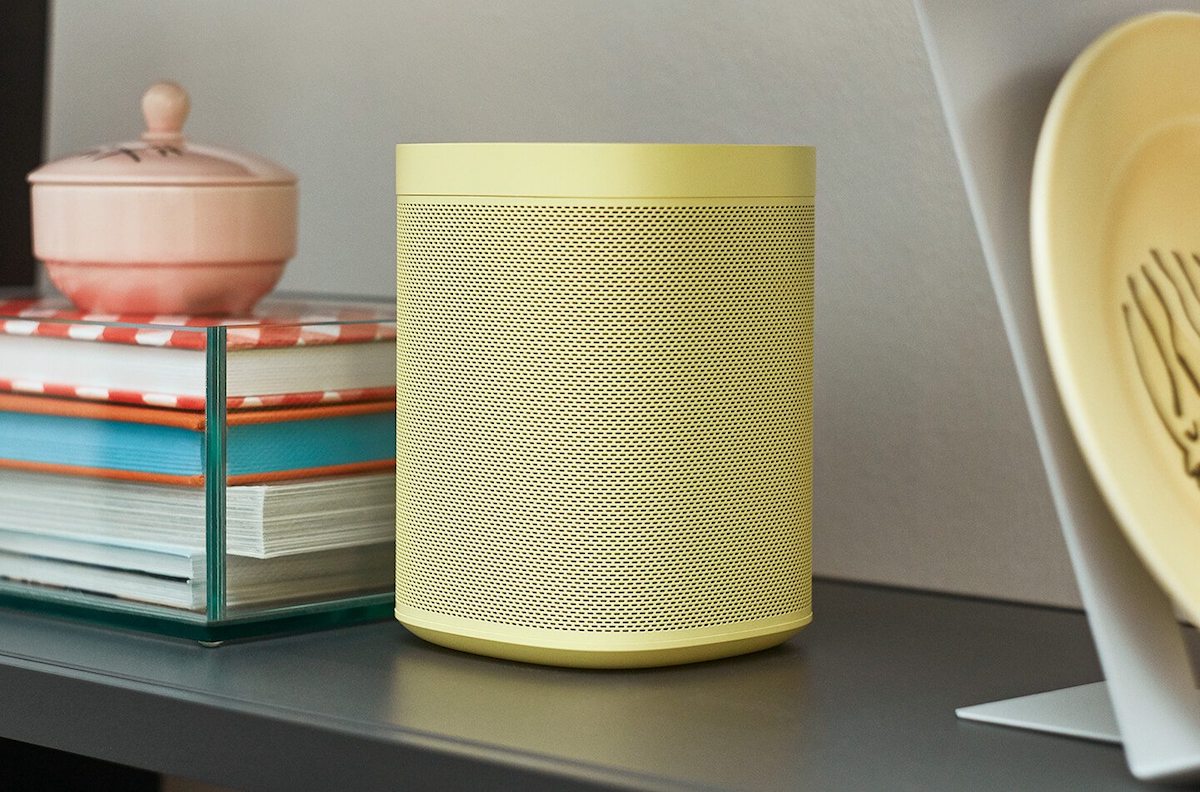 Sonos says that today’s announcement is just the start of its collaboration with HAY, so users can likely expect more colorful Sonos devices down the line. The HAY Sonos One will debut this September on Sonos.com and in Sonos flagship stores in New York City, London, and Berlin, and at the HAY House in Copenhagen.