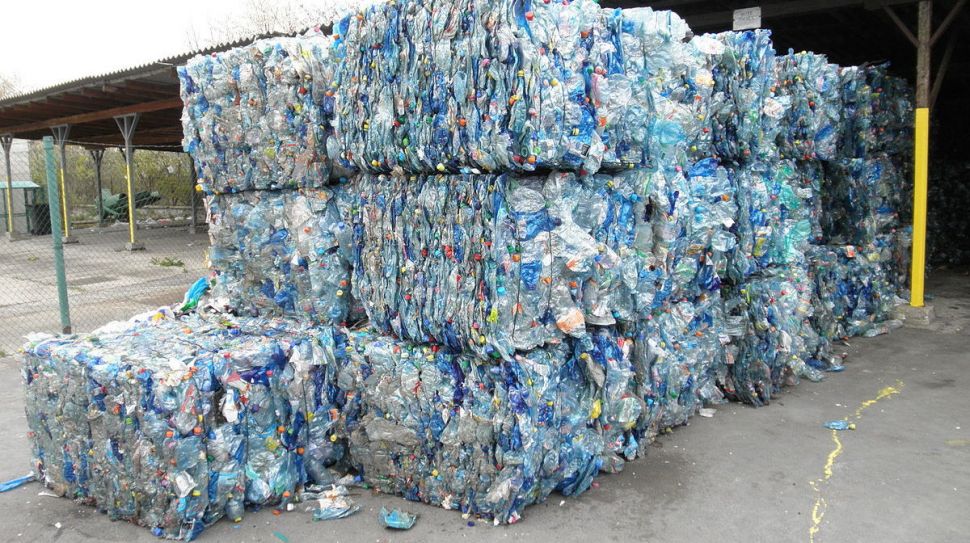 Some of humanity’s greatest scientific inventions—penicillin, X-rays, pacemakers, the microwave—were all created after researchers accidentally discovered how they could work.

Now we can add a new, monumental creation to that list: a mutant enzyme that starts degrading plastic into its original, natural components, discovered by sheer accident.

Two years ago, Japanese scientists discovered a plastic-eating bacterium that could break down Polyethylene terephthalate (PET) plastics in about six weeks by secreting an enzyme. PET is typically found in plastic bottles and takes 400 years to degrade naturally.

To see how the PET-killing enzyme worked, a different group of scientists tweaked its molecular structure to see how much it would slow down the degradation speed. Against their wildest expectations, the manipulated enzyme broke down PET plastics faster than the original.

John McGeehan, a professor at University of Portsmouth, UK, led the research, and told the Guardian that, while the discovery was “a bit of a shock”, he’s incredibly excited about the implications.

While the tweaked enzyme was only “20% better” than the original, McGeehan claimed the percentage was irrelevant: “It tells us that the enzyme is not yet optimized. It gives us scope to use all the technology used in other enzyme development for years and years and make a super-fast enzyme.”

Other industrial enzymes for purposes like biofuel production have apparently been supercharged into working “1,000 times faster” than natural bacterial enzymes “in a few years”, and McGeehan’s team wants to replicate that speed for their PET destroyer.

Currently, the enzyme takes “a few days” to begin breaking down plastics, and about six weeks to finish the process. Divide 42 days by 1,000, and you’re looking at only 10 hours. Mass-produced, fully-optimized enzymes, which are non-toxic and biodegradable, could have a significant impact on our huge plastic piles in a short amount of time.

Over a million plastics bottles are produced every minute, and nations overflowing with plastics are dumping these bottles into the sea, where they form ocean habitat-destroying piles. And to replace those bottles, plastic makers drill for oil to produce more PET.

“Oil is cheap, so virgin PET is cheap,” said McGeehan, but by recycling plastics back into plastic materials, “we won’t need to dig up any more oil”.

To combat these ever-growing garbage islands, scientists like McGeehan will attempt to turn their enzyme into a spray that can be deployed on floating refuse.

Most scientists seem to find this promising, but one University of Manchester Professor, Adisa Azapagic, warned the Guardian that rapidly dissolving these plastics could have unintended consequences.

“A full life-cycle assessment would be needed to ensure the technology does not solve one environmental problem – waste – at the expense of others, including additional greenhouse gas emissions,” Azapagic said.