Mergers and the Winner’s Curse 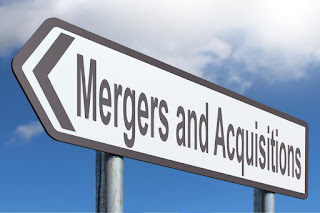 Why is the British Planning System so Peculiar – the Origin…

Nov 27, 2018
We often hear people talk about the winner’s curse. What does that term mean? Imagine that people are bidding in an auction, and they do not know the market value of the item being sold. Each bidder consults experts to provide them estimates of the value of the item. Naturally, the experts will provide a range of values. Who wins the auction? The highest bidder, of course. That person’s experts would have provided estimates at the high end of the range of values. If the item’s actual market value equals roughly the average of the expert estimates, then the winning bidder would have paid a price higher than the actual market value. Behavioral economists call this phenomenon the winner’s curse. Many people have noted that the winner’s curse provides an explanation for why many companies overpay for acquisitions, and thereby do not achieve their desired return on investment.
A new empirical study examines the actual returns to a merger in a novel way.  Ulrike Malmendier, Enrico Moretti, and Florian Peters examined the pre and post-merger performance of both the acquiring firm in a deal and the other firms that failed to provide the highest bid and therefore lost out on the deal.  Interestingly, the winners of the bidding war and losers did not differ significantly in terms of stock price performance prior to the deals.  However, after the deal, the losers’ stock returns were 24% better than the winners during the three years after the deal.   Apparently, losing out on the deal did not turn out to be a bad thing at all.  Perhaps the winners really were cursed.
Share FacebookTwitterPinterestTelegramTumblrWhatsAppLinkedinReddIt
You might also like

Draw It and You Will Remember It | Decision Making