As part of its 2018 environmental report, Apple today unveiled the latest iteration of its recycling robot, named Daisy. Daisy is an upgraded version of Liam, the recycling robot Apple debuted in 2016. Daisy is smaller, faster, and more efficient than Liam, able to disassemble 200 iPhones per hour and obtain their component parts for recycling.

In response to Apple’s environmental report and details about the new robot, Greenpeace has released a statement suggesting Apple’s focus should be on product longevity rather than recycling robots. 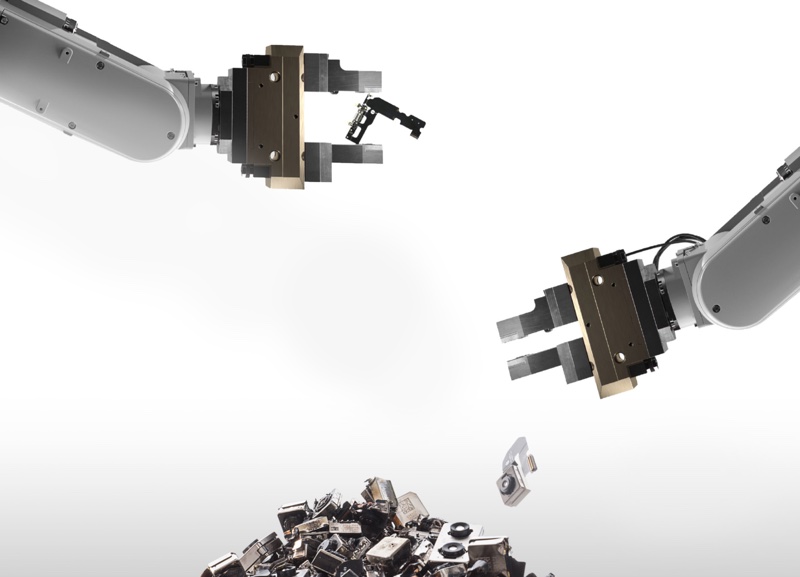 In a statement, Greenpeace Senior analyst Gary Cook said Apple needs to work on product designs that better accommodate upgrades and repairs, allowing for devices to be used for a longer period of time. Cook says customers clearly want to keep their devices for longer, citing demand for battery replacements under Apple’s discounted battery program.

“Rather than another recycling robot, what is most needed from Apple is an indication that the company is embracing one of its greatest opportunities to reduce its environmental impact: repairable and upgradeable product design. This would keep its devices in use far longer, delaying the day when they’d need to be disassembled by Daisy.

Customers want to keep their devices longer, as evidenced by a 3 to 4 week wait for a battery replacement at Apple retail stores earlier this year, when Apple was compelled to dramatically reduce the replacement cost.

For its part, Apple in its environmental report says that device durability and longevity is one of its goals, citing its efforts to provide parts and repairs for five years after a product is no longer manufactured. “When products can be used longer, fewer resources need to be extracted from the earth to make new ones,” reads the report.

“Apple’s latest environment report highlights the company’s continued leadership in aggressively deploying renewable energy to tackle the greenhouse gas footprint of not only its own operations, but also its suppliers who are responsible for the vast majority of its emissions. Apple’s leadership on climate change contrasts sharply with its main competitor, Samsung Electronics, who currently operates on only 1% renewable energy.

Greenpeace regularly gives Apple high marks for the company’s dedication to environmental improvements, which is close to unparalleled in the tech world. Apple received a B- in Greenpeace’s latest Guide to Greener Electronics, beating out Google, Amazon, Microsoft, Sony, Samsung, Lenovo, Huawei, HP, LG, and more.

Note: Due to the political nature of the discussion regarding this topic, the discussion thread is located in our Politics, Religion, Social Issues forum. All forum members and site visitors are welcome to read and follow the thread, but posting is limited to forum members with at least 100 posts.
Discuss this article in our forums