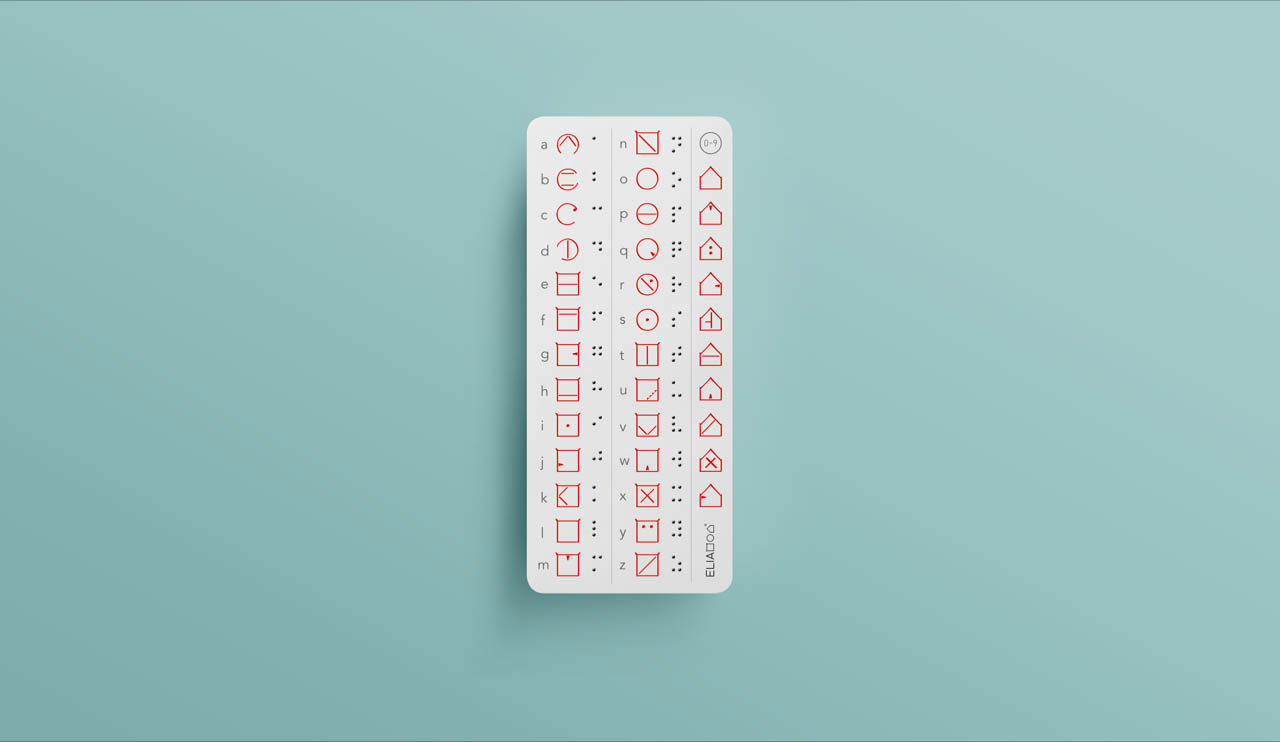 Back in 1829, Louis Braille introduced us the braille system. What seems to be working after all these years, studies show that the system relies on outdated technologies from the 1800s. Meet ELIA, a new, modern and efficient alternative that’s incredibly easy to learn for people who have a visual impairment. This is such an interesting project that is currently live on Kickstarter. After testing this new system to over 300 participants, and analyzed over 175,000 responses, this what they came up with. Check it out!

On our quest to re-examine braille, we created an easy to use tactile reading system, utilizing modern printing & technology.

ELIA letters—known as ELIA Frames—leverage modern printing technology and design principles to optimize each letter’s design and create easily identifiable characters. We based ELIA Frames on the standard Roman alphabet, since roughly 70% of the world’s population uses it to read and write.

Most of you looking at this page likely aren’t visually impaired—but maybe you know someone who is. Or, perhaps you’re a designer who believes in the mission and would like to support the campaign by taking home a poster. Either way, we need your help and support to share our message.

• About 200 million people with a visual impairment could benefit from ELIA in its current design, and another 85 million could benefit from it if customized to their standard scripts.
• Currently, the employment rate among individuals with visual impairment is at an estimated 43%. For those who read braille, that rate soars to 85%. ELIA can have the same benefit for the 99% who can’t read braille.
• ELIA Frames can be learned tactilely in as little as 3 hours—and visually in a few minutes—since the font leverages a previously established alphabet.