Caroline’s Corner: How to kill that inner critic

In my previous blog post, I wrote that the only way you could fail to write all those posts you had in mind was with the wrong planning. But, I knew already that I left out one tiny detail. While in theory, you’ll only need a site, ideas and inspiration to write your posts, there could be another factor you didn’t take into consideration: your inner critic. 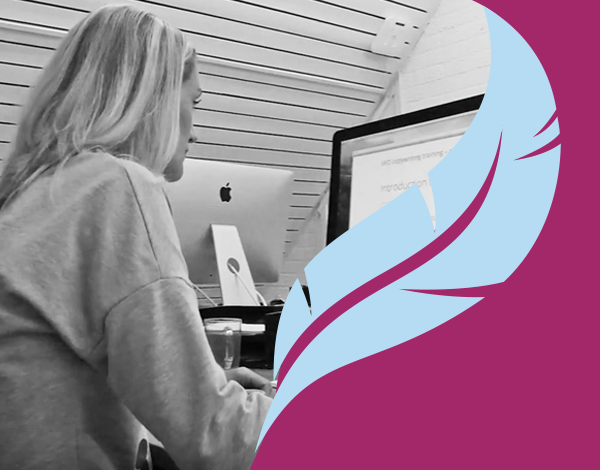 Your inner critic or inner editor is best described as a subpersonality that judges you and your abilities as you are working hard on reaching your goals. It’s often mean and can get you downright insecure.

I started writing in my early teens and became an active writer during November, better known as National Novel Writing Month — NaNoWriMo for short. In this month, it’s your goal to write a novel of at least 50,000 words. 50k is a lot, especially if your inner critic should’ve been cast in Mean Girls as Regina George’s evil stepsister. I learned about the inner critic principle during this month back in 2006. Since then I’ve known when my inner critic is talking.

I’ve struggled with my inner critic for a long time and we still don’t always get along. I found that I could have the perfect blog planning, the most brilliant ideas and an incredible amount of time, but still didn’t get started, or didn’t finish. I have 36 posts as a draft for my blog and a lot of them won’t ever see the light of day. It’s not that they are awful. Others might even think they’re good enough or funny enough and that I should just hit the publish button. My inner critic disagrees though, and that’s what’s keeping me in the past from updating my blog frequently.

After I learned about the inner critic, I taught myself to treat it as an enemy that should be locked up. During a NaNoWriMo event, we created an inner critic puppet and locked it up in a makeshift cage or tied it down. Whatever we did, we did it with the intention to shut it up.

I developed another strategy two years ago when I found that treating my critic as an enemy, was blocking me altogether. While it worked for almost ten years, I came to a point where I didn’t want to write anymore because of my inner critic. No matter what the people around me told me, I convinced myself that I was the worst writer ever. Now, I’ve befriended my inner critic so I can tell him to shut up — kindly.

I know this might sound strange, but I started visualizing my inner critic. Two years ago I talked to a haptonomist and she asked me why I wasn’t writing anymore. When I explained my fears and the principle of the inner critic, she asked me what it looked like and where it lived. My inner critic is big, blue and lives in a forest. It chews on and spits out whatever it finds on its path. I dubbed him my woolly monster. As I’m writing this, my inner critic, or the woolly monster, is telling me the readers might think I’m off my head. It also says I probably shouldn’t be writing this down. But if I don’t write this down, there won’t be a useful post today.

I kindly tell myself (or my woolly monster) that while I appreciate the feedback, it’s not the right time right now. It can come out after I’ve finished the draft of my blog post and am ready for editing. After that, I calmly remind it that one of my colleagues is reviewing and editing, if necessary, my writing as well. There’s no need for my inner critic to sabotage me because that’s what it can be doing.

What blogging for Yoast brought me

When I started my blog series over a month ago here on Yoast.com, I was excited to start. As I was struggling to get that first post written, Marieke told me to stop my perfectionism from ruling me. “There’s a blog team that will edit your posts if necessary,” she told me. And she was right. We have an amazing blog team and I’ve become a frequent visitor to their office the last few weeks. I meet with them to brainstorm, to explain my struggles or to ask for help. This collaboration led me to a big change for my personal blog as well: I now have my blog team.

That’s right; I’ve created my a blog team. Sounds pretty professional, right? I didn’t do it on purpose by the way, but that sounds less professional. I’ve acquired people around me without them actively knowing I consider them a member of my blog team.

One of the most important members is my husband: he proofreads all my blog posts before I consider them finished. If he smiles or chuckles, I know I did a good job. And if he doesn’t like it or I face insecurities, he’s the first to provide honest feedback. The other members of my team are my close friends who have told me they love reading my posts. Sometimes I send them a draft and request feedback. Other times they send me messages telling me what they thought of my latest blog post. No matter the type of feedback I receive or request, it’s valuable to me. Not an entirely unimportant side-effect of this team: it satisfies my inner critic more and more each day.

The post Caroline’s Corner: How to kill that inner critic appeared first on Yoast.