Frustration be gone: this robot will build Ikea furniture for you 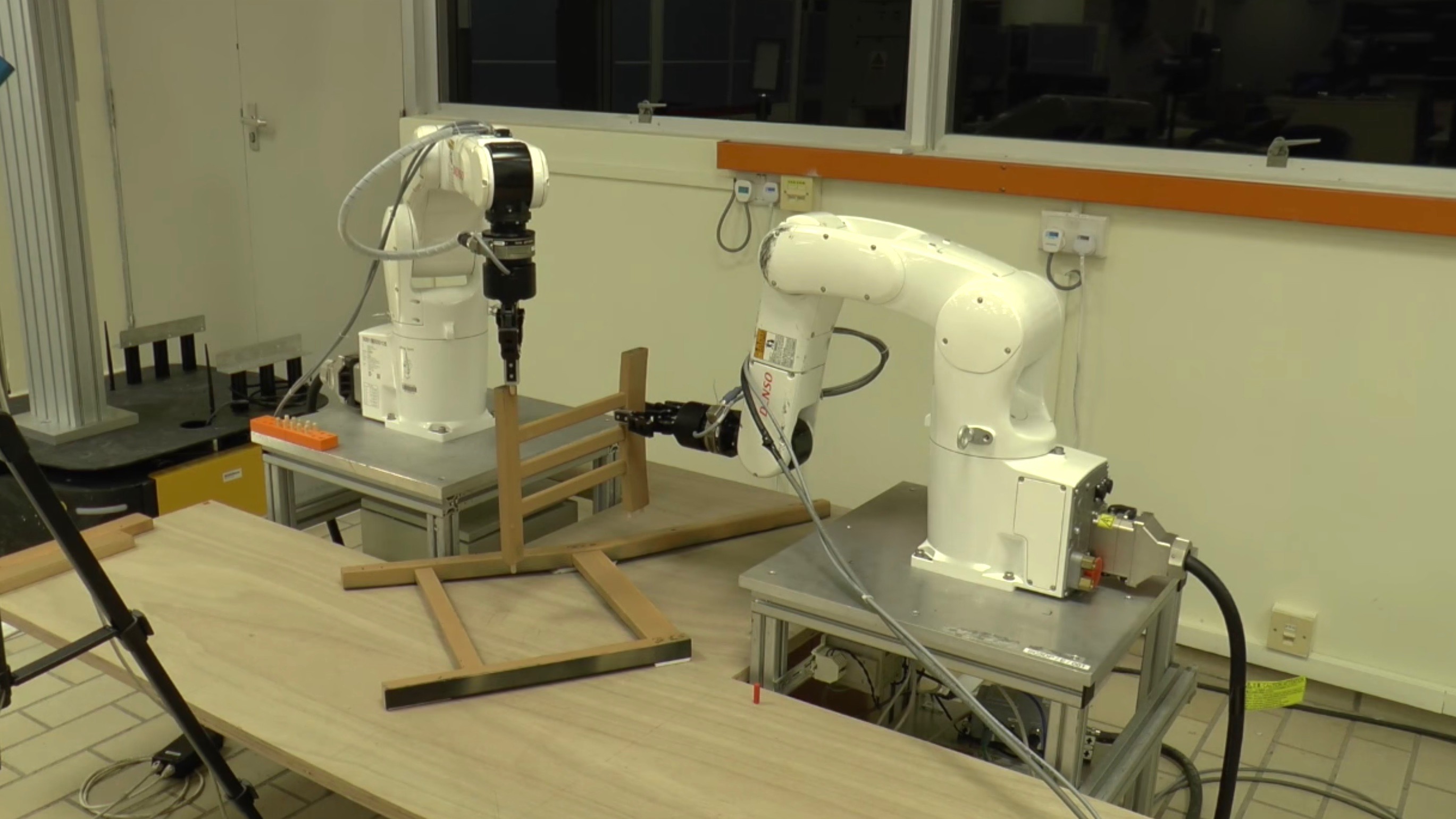 Every Ikea shopper faces the same dilemma: shell out hundreds of dollars to have someone build your bargain-priced beds and bookshelves, or spend hours following inscrutable assembly instructions, losing bolts and screwing the wrong parts together until your head explodes.

Mercifully, thanks to a group of roboticists in Singapore, Ikea shoppers could eventually have a third option.

CRI details its findings on the “limits of robotic manipulation” for “automatic assembly of an Ikea chair” in the latest issue of Science Robotics (behind a paywall).

The tech relies primarily on using computer code to program specific movements, as opposed to any artificial intelligence (AI) technology.

For over two years, CRI has trained its robots in specific actions, from bimanual pin insertion to twisting the chair around at specific angles. Each action humans can perform naturally takes months of work to implement in a robot’s coding.

“In this work we were interested in achieving the low-level capabilities such as perception, planning and control, rather than in the high-level reasoning,” Pham Quang-Cuong told Scientific American.

The robot’s arms are capable of sensing through tactile feedback if, for example, a peg has successfully been inserted into a hole, or has fallen to the ground.

However, Quang-Cuong did say that they hope “to integrate AI methods in our future work”.

Teaching robots to assemble Ikea furniture is considered a major milestone in the robotics field, and CRI wasn’t the first to achieve it. Back in 2013, MIT professor Ross Knepper built IkeaBot, an AI-based robot that could assemble furniture without needing blueprints or specific instructions.

Instead, Knepper’s robot uses a “geometric reasoning system” to study the available parts and holes and then figure out organically how these should fit together.

Eventually, CRI’s goal would be to synthesize physical coding with AI reasoning. In the report, the group projects that the robot will be programmed with a construction sequence for each Ikea catalog entry.

And they “envision such a sequence being automatically determined from the assembly manual, through natural-language interaction with a human supervisor or, ultimately, from an image of the chair".

Being able to tell your personal construction robot, “Okay, build my Brusali table” could be pretty exciting. However, based on the speed of the research, we’re still several years away from it being a possibility. Even for the first STEFAN sequence, CRI is still working out the kinks.

An AI-powered device like IkeaBot might seem more impressive than one that runs on rigid coding. But CRI’s robot has a positive that IkeaBot and other furniture-building bots lack: it’s made up of commercial off-the-shelf (COTS) hardware.

Whether consumers could buy this robot for their own furniture isn’t yet clear. Quang-Cuong emphasized that the robot tech would be ready to sell soon, but to factories.

Presumably, the middleman factories would still charge people for assembly and delivery costs, so it’s unclear if this would really help consumers all that much.

Still, if these robots did end up available for Ikea shoppers putting together their new furnishing, throwing together a dining room set of chairs in less than an hour, it could save everyone a lot of time and trouble.