Can Sales Ethics Be Taught

I learned a great deal working for Xerox. They certainly taught me how to sell, but the two greatest programs I was involved in had little to do with selling. These two programs taught me the answer to a question that has puzzled many. The question is, can sales ethics be taught, and you’ll find the answer when you read…

Can Sales Ethics Be Taught?

Think about that question for a moment. Many will tell you that sales ethics cannot be taught. They’ll tell you that you either are ethical, or you’re not. If only it were that simple. I happen to believe that all of us intend to be ethical. We have a voice within us that whispers to us when we knowingly stray. The problem is there is another voice that whispers to us, and tries to convince us we aren’t really straying. That voice tries to justify its unruly behavior. The problem is, we all hear both voices, and teaching ourselves not to stray is challenging because it’s nearly impossible to catch ourselves in the act of straying. 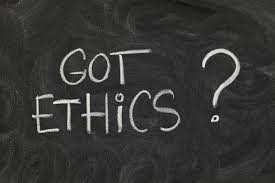 In the 1980’s I was privileged to be a part of not one, but two programs that Xerox cleverly designed to address this exact issue. They were teaching ethics without really telling anyone, and it was brilliant.

The first program was found in an obscure Xerox Agent Training program. I did not teach that one; I went through it as a participant. The program was put on for sales professionals who were tasked with selling Xerox products to authorized dealerships. The problem Xerox was battling was a unique one. It turned out many of the sales people sold so well, they would actually sell too much merchandise to the agencies. As a result, the agencies would have too much inventory and risk going out of business.

The four-day program spent almost half the time teaching those in attendance how to actually run an agency. We were taught the accounting involved, forecasting, inventory control, and a whole lot more. When we were through, we spent another two days simulating the actual running of an agency over a two-year period of time.

By adding a strong element of competition with three other groups who were also trying to run their agencies, the program pushed us all to battle the voices in our heads. Every couple of hours we were tasked with filling out our forecasting and getting the results of how the simulation was interpreting our numbers compared to our competition. The best part of this program came late when one of the instructors visited each group with an enthusiastic request. We were told if we purchased more of the Xerox product the sales rep would win an amazing trip to the Bahamas.

My favorite reaction was shouted out by one of my teammates, coincidently the #1 sales rep for Xerox at the time. He shouted, “Why the heck would I care if you won a sales contest or not? I’m trying to run a business and survive here!” I personally saw him put his hand over his mouth and then quietly whispered to me, “Did I actually just say that? I will never forget this program.”

The second Xerox program also hid its intent in a program that taught quality improvement. I used to teach the program so I knew it well. We desperately wanted to teach our participants about ethics – specifically how easy it was to knowingly ignore doing the right thing when the pressure of time was introduced into the equation, but it went in one ear, and out the other. We spent four days teaching participants how to problem solve, quality improve, and work cohesively in groups all designed to improve quality within Xerox. After all, who would knowingly produce something that was not up to the quality of the organization they represent? Under tight time constraints, and pressure, the answer was just about everyone.

We placed the participants in a manufacturing simulation that was timed, and introduced an air of competition to it. By the end of the simulation, in just about every case, participants were so driven to produce at a profitable level; they knowingly would sacrifice quality to achieve it. They were almost stunned when they were reminded about their own vulnerability to breaching ethics to achieve personal or corporate goals.

Ethics can absolutely be taught. In both these programs Xerox found a way to teach something that could not be read from a book, or taught in a lecture, or placed in a memo. They immersed participants in real-world scenarios that stretched their thinking away from the obvious. In doing so they not only taught participants how easy it is to lose sight of his or her ethics, they taught them to have empathy for others who do. Now that’s a lesson that can stand the test of time.

The post Can Sales Ethics Be Taught? appeared first on SalesPOP!.