Verizon, the largest carrier in the United States by subscriber count, saw a monthly subscriber increase of 260,000 during the first quarter of 2018, reports Bloomberg, largely due to an increased number of smart watch activations.

The company actually lost phone and tablet subscribers last quarter, but the dip in subscribers did not hurt its bottom line because of smart watches, wearables, and other connected devices like vehicles. 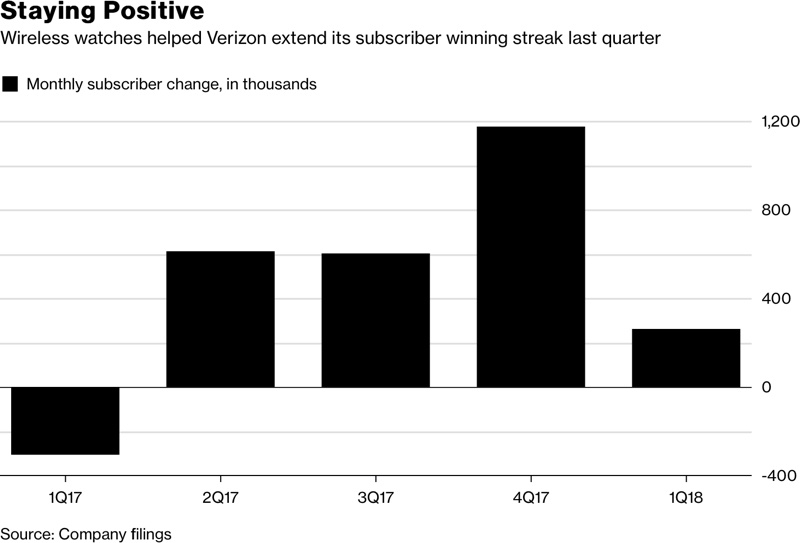 Verizon says it added a total of 359,000 subscribers who are using smart watches and other devices during the quarter, making up for the loss of 24,000 phone customers and 75,000 tablet customers.

There was no breakdown in the number of activations by specific device, but Verizon’s jump in smart watch subscribers comes following the September release of the Apple Watch Series 3, the first Apple Watch with LTE connectivity.

The Apple Watch Series 3 allows customers to use the Apple Watch sans iPhone for the first time, as it has its own cellular connection. Verizon and other carriers charge customers $10 per month to add a smart watch to an existing smartphone plan.

Verizon shared the numbers during its first quarter 2018 earnings results, released this morning. Verizon stock has since surged as much as 3.6 percent.