I received a call recently from an employer that wanted to know if it could exclude a newly created job category from an annual bonus program. The employer told me that payments under the program were based on the company’s performance the previous year. 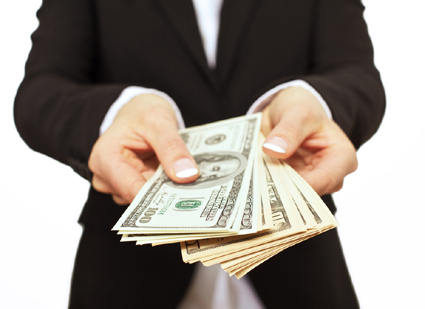 After reviewing the program, I told the employer that since the program wasn’t covered by the Employee Retirement Income Security Act (ERISA), it could exclude any positions it wished, so long as the exclusions didn’t violate antidiscrimination laws (by targeting or adversely affecting employees based on age, race, or gender, for instance).

I then asked a question the employer clearly wasn’t expecting: Are you factoring the annual bonus payments into the overtime wages of nonexempt employees who are eligible for the program?

The employer told me it hadn’t thought about doing so because this bonus was paid only once, on an annual basis. I explained that nondiscretionary bonuses generally need to be factored into overtime for nonexempt employees, regardless of the frequency of payment.

After a pause, the employer told me the bonus was “discretionary” because every year the company decided whether to continue the program. But once the company decides to go forward with the program in a particular year, I asked, is the program then announced to employees ahead of time so that they know they will receive a payment at the end of the year if the performance criteria are met?

Another pause, and then the answer: Yes. So what we have, folks, are nondiscretionary bonus payments that need to be factored into the regular rate for purposes of calculating overtime.

Employers’ failure to properly factor such payments into overtime is probably the most common wage and hour compliance error I see, including among employers that have experienced HR personnel who are knowledgeable about the requirements of the Fair Labor Standards Act (FLSA), the federal law that governs wage and hour compliance. Failure to factor these payments into overtime is also really difficult to defend because the law on this point (unlike for some FLSA issues) is pretty clear.

First, you need to understand that for all compensation paid to nonexempt employees (whether in the form of payroll dollars, “free” trips, gift cards, or whatever else you’re handing out to show your appreciation), you must ask, “Is the employee’s overtime entitlement affected by this payment?”

Generally any payments made based on (1) work performed, goals achieved, or results attained by the employee (such as incentive bonuses or commissions) and/or (2) promises made by the employer must be retroactively factored into the calculation of overtime pay owed to the employee during the time period in which the compensation was earned. In other words, if you make a payment that triggers overtime obligations, you’ll have to go back and recalculate the regular and overtime rate for the employee for all workweeks covered by the bonus.

For instance, let’s say that every December you pay a $500 bonus to all employees who achieve a perfect safety record for the year. This is a perfect example of a nondiscretionary bonus payment because it’s both promised ahead of time by the employer and paid based on a result achieved by the employee. If the employees receiving safety bonuses worked any overtime during the course of the year, you’re going to owe them more overtime as a result of the bonus payment.

The bonus payment will need to be allocated among the workweeks covered by the bonus period, and how you go about that depends on the situation. If it isn’t possible to tell which portion of the bonus was earned in a particular workweek, the best approach is to allocate on a pro rata basis.

In our safety bonus example, since it’s an annual bonus earned equally during each accident-free week, you’ll need to apportion the $500 over all of the preceding workweeks in the year (let’s say 50), which means employees receiving the bonus must be deemed to have earned an additional $10 per week. For the nonovertime weeks, the extra pay won’t matter. But for weeks in which employees worked overtime, you must add the $10 to their other earnings for the week and figure out what the regular and overtime rates would have been and how much additional overtime pay they would have received that week. Then you add up the extra overtime pay for all the overtime weeks and present it to employees along with their bonus payments.

For other types of payments, the retroactive allocation may work differently. For instance, if a nonexempt employee earns a commission based on a transaction that occurred in a particular workweek, the commission payment can and should be allocated solely to the workweek in which it was earned.

Some Payments That May Be Excluded

On a happier note, federal regulations specifically provide that sums paid as gifts or bonuses “given as a reward for service, but not based upon hours worked, production, or efficiency” don’t trigger these troublesome retroactive overtime pay obligations. However, for the exclusion to apply, the payment must be “discretionary,” meaning it isn’t promised to employees ahead of time and you retain the sole discretion on whether it will be paid and, if so, how much it will be.

Careful, though the regulations also warn that if this type of “atta boy/atta girl” bonus is so large or paid on such a regular basis that employees count on it as part of their regular wages (think National Lampoon’s Christmas Vacation), it must be factored into your annual overtime obligations.

Finally, federal regulations provide that if you make bonus payments based on a percentage of the employee’s overall income (including overtime), you don’t need to pay any additional overtime to the employee, even if the payments are nondiscretionary.

If all this sounds complicated, it is. If you pay out bonuses or commissions of any kind to nonexempt employees, your best bet is to consult with an experienced employment attorney to make sure you are in compliance with the FLSA.

Kara Shea is a partner in the Nashville office of Butler Snow, and editor of Tennessee Employment Law Letter. She may be reached at kara.shea@butlersnow.com.