Digital marketers have always had one drum they loudly beat in front of traditional advertising channels: “We can measure what we do better than you.” Now, we weren’t embellishing the truth or anything — we can measure digital advertising performance at a much more granular level than we can traditional advertising. But it’s not perfect. Multichannel digital marketing teams always have one niggling thought that keeps them awake at night: online activity is driving in-store sales and we can’t claim any credit for it.

Offline sales are happening. Sure enough, we’re seeing online shopping become more and more popular, but even so, you’ll never see 100% of your sales being made online if you’re a multichannel retailer. Whether it’s a dress that needs to be tried on or a TV you want to measure up before you buy, in-store purchases are going nowhere. But it’s more important than ever to make sure you don’t underestimate the impact your online advertising has on offline sales. 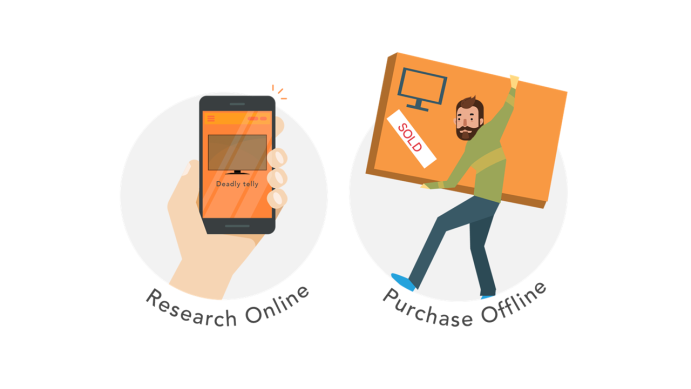 ROPO: Research Online Purchase Offline has plagued multichannel retailers for years. This is when awareness and hot leads are generated online, but the customers convert in-store.

There is one other problem hampering many multichannel businesses: viewing their online store as “just another store” and, in many cases, the store managers themselves considering the website to be a competitor. 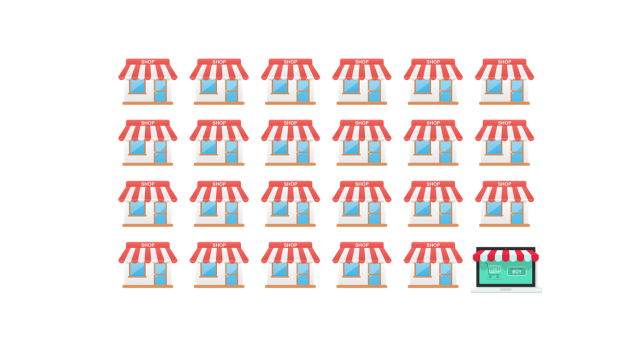 In this article, I’ll show you how we’ve improvised to create a ROPO report for DID Electrical, an Irish electrical and home appliance multichannel retailer, to provide greater insight into their customers’ multichannel journey and how this affected their business.

What is ROPO reporting?

Offline conversions are a massive blind spot for digital marketers. It’s the same as someone else taking credit for your work: your online ads are definitely influencing shoppers who complete their purchase offline, but we can’t prove it. Or at least we couldn’t prove it — until now.

ROPO reporting (Research Online Purchase Offline) allows multichannel retailers to see what volume of in-store sales have been influenced by online ads. Facebook has trail-blazed in this area of reporting, leaving Google in their wake and scrambling to keep up. I know this well, because I work on Wolfgang’s PPC team and gaze enviously at the ROPO reporting abilities of our social team. Working with DID, we created a robust way to measure the offline value of both PPC and SEO activity online.

To create a ROPO report, multichannel retailers must have a digital touch point in-store. This isn’t as complicated as it sounds and can be something like an e-receipt or warranty system where you email customers. This gives you the customer data that you’ll need to match offline conversions with your online advertising activity.

As I mentioned earlier, Facebook makes this nice and simple. You take the data gathered in-store, upload it to Facebook, and they will match as many people as possible. Our social team is generally seeing a 50% match rate between the data gathered in-store and Facebook users who’ve seen our ads. You can watch two of my colleagues, Alan and Roisin, discussing social ROPO reporting in an episode of our new video series, Wolfgang Bites:

Clearly, ROPO reporting is potentially very powerful for social media marketers, but Google doesn’t yet provide a way for me to simply upload offline conversion data and match it against people who’ve seen my ads (though they have said that this is coming for Google AdWords). Wouldn’t this be a really boring article for people working in SEO and PPC if I just ended things there?

DID Electrical were a perfect business to develop a ROPO report for. Founded back in 1968 (happy 50th birthday guys!), a year before tech was advanced enough to put man on the moon, DID strives to “understand the needs of each and every one of their customers.” DID have an innovative approach to multichannel retail, which is great for ROPO reporting because they’re already offering e-receipts to customers purchasing goods for over €100. Better still, the email delivering the e-receipts also has a link to a dedicated competition. This sits on a hidden landing page, so the only visitors to this page are customers receiving e-receipts.

They were nearly set for ROPO reporting, but there was just one extra step needed. In Google Analytics, we set the unique competition landing page URL as a goal, allowing us to reverse-engineer customer journeys and uncover the extent of Google PPC and SEO’s influence over in-store sales. Before I unveil the results, a few caveats.

Despite our best efforts to track offline conversions, I can’t say ROPO reporting reflects 100% of all in-store sales influenced by digital ads. In the past, we’ve been open about the difficulties in tracking both offline conversions and cross-device conversions. For example, when running a social ROPO report, customers might give a different email in-store from the one attached to their Facebook account. For an SEO or PPC ROPO report, the customer might click a search ad on a work computer but the open their e-receipt on their smartphone. Unfortunately, due to the nature of the beast, ROPO reporting just isn’t 100% accurate, but it does give an incredible indication of online’s influence over offline sales.

I expect to see improved reporting coming down the line from Google, and they’re definitely working on a ROPO reporting solution like Facebook’s upload system. While our approach to ROPO reporting does shine a light on the offline conversion blind spot, it’s entirely likely that digital advertising’s influence goes far beyond these (still mightily impressive) results.

It’s also important to note that this method isn’t intended to give an exact figure for every ROPO sale, but instead gives us an excellent idea of the proportion of offline sales impacted by our online activities. By applying these proportions to overall business figures, we can work out a robust estimate for metrics like offline ROI.

I’m going to divide the results of this ROPO reporting innovation into three sections:

First of all, we found 47% of offline customers had visited the DID Electrical website prior to visiting the store and making a purchase. Alone, this was an incredible insight into consumer behavior to be able to offer the team at DID. We went even further and determined that 1 in 8 measurable offline sales were influenced by an AdWords click.

This method of ROPO reporting also means we can check the value of an organic click-through using the same reverse-engineering we used for PPC clicks. Based on the same data set, we discovered 1 in 5 purchases made in-store were made by customers who visited the DID site through an organic click prior to visiting the store.

ROPO reporting proved to be a great solution to DID’s needs in providing clarity around the position of their website in the multichannel experience. With at least 47% of offline shoppers visiting the site before purchasing, 1 in 8 of them being influenced by AdWords and 1 in 5 by SEO, DID could now show the impact online was having over in-store sales. Internally, the website was no longer being viewed as just another store — now it’s viewed as the hub linking everything together for an improved customer experience. 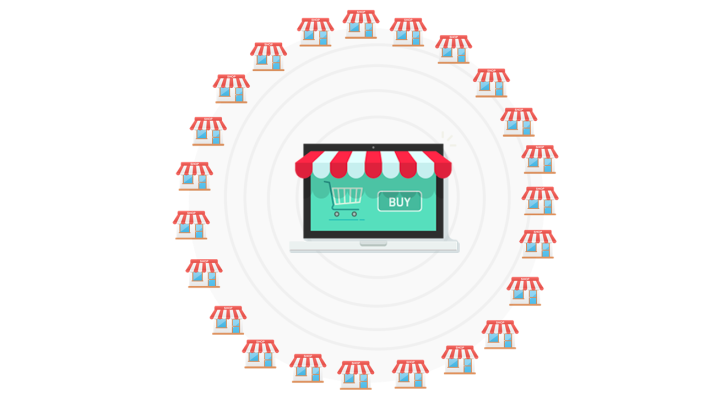 Following the deeper understanding into multichannel retail offered by ROPO reporting, DID was also able to augment their budget allocations between digital and traditional channels more efficiently. These insights have enabled them to justify moving more of their marketing budget online. Digital will make up 50% more of their overall marketing budget in 2018!

Getting started with ROPO reporting

If you’re a digital marketer within a multichannel retailer and you want to get started with ROPO reporting, the key factor is your in-store digital touchpoint. This is the bridge between your online advertising and offline conversion data. If you’re not offering e-receipts already, now is the time to start considering them as they played a critical role in DID’s ROPO strategy.

If you’re a multichannel retailer and this all sounds tantalizing, here’s the customer journey which ROPO measures:

The two critical steps here are the digital touchpoint in your physical stores and the incentive for the customer’s post-conversion communication click. Once you have this touchpoint and interaction, measuring Facebook’s social ROPO is a simple file upload and using what I’ve shown you above, you’ll be able to measure the ROPO impact of PPC and SEO too.

If you do have any questions, pop them into the comments below. I have some questions too and it would be great to hear what you all think:

Sign up for The Moz Top 10, a semimonthly mailer updating you on the top ten hottest pieces of SEO news, tips, and rad links uncovered by the Moz team. Think of it as your exclusive digest of stuff you don’t have time to hunt down but want to read!