MEDantex, a Kansas-based company that provides medical transcription services for hospitals, clinics and private physicians, took down its customer Web portal last week after being notified by KrebsOnSecurity that it was leaking sensitive patient medical records — apparently for thousands of physicians.

On Friday, KrebsOnSecurity learned that the portion of MEDantex’s site which was supposed to be a password-protected portal physicians could use to upload audio-recorded notes about their patients was instead completely open to the Internet.

What’s more, numerous online tools intended for use by MEDantex employees were exposed to anyone with a Web browser, including pages that allowed visitors to add or delete users, and to search for patient records by physician or patient name. No authentication was required to access any of these pages. 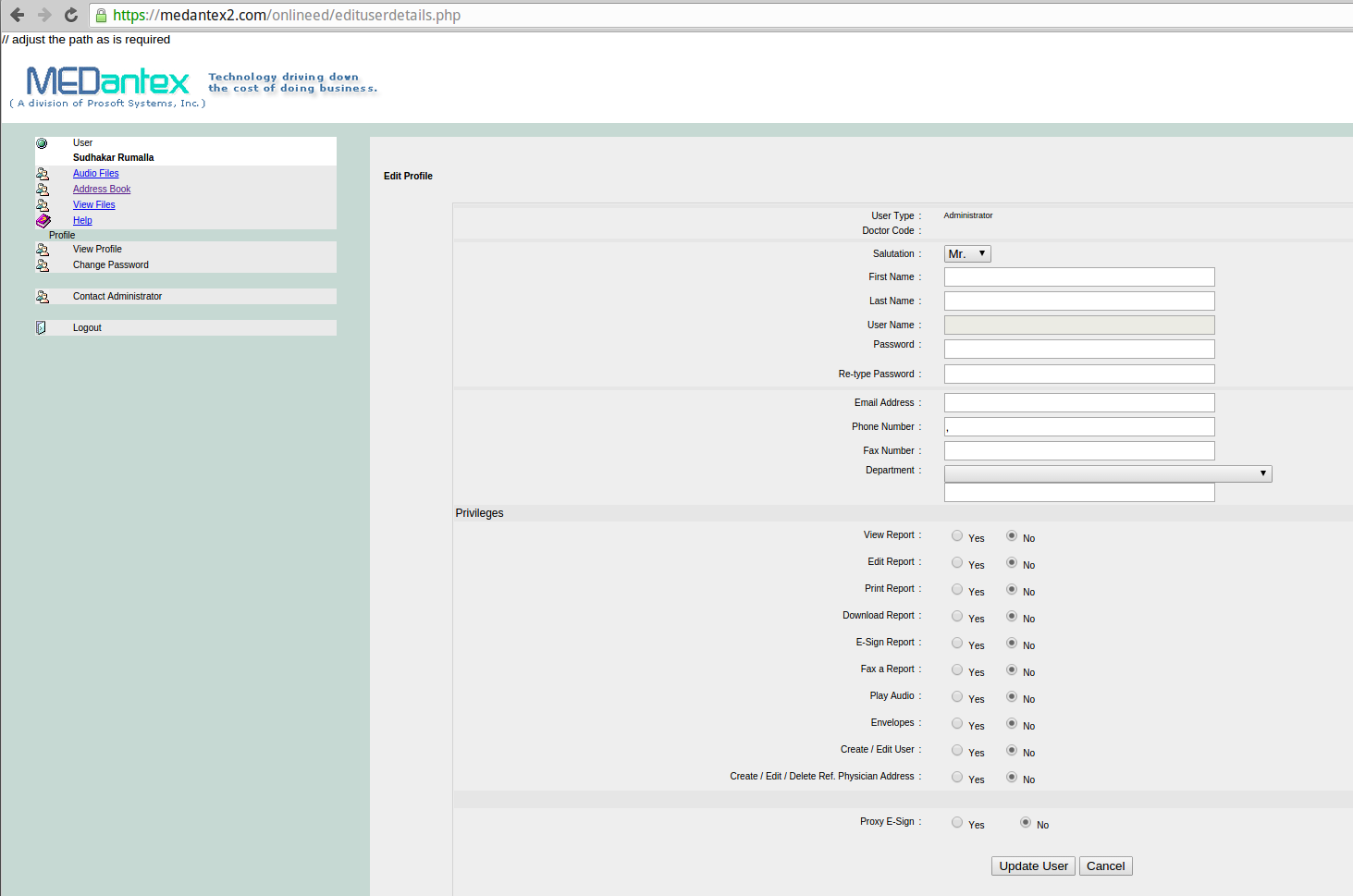 This exposed administrative page from MEDantex’s site granted anyone complete access to physician files, as well as the ability to add and delete authorized users.

Several MEDantex portal pages left exposed to the Web suggest that the company recently was the victim of WhiteRose, a strain of ransomware that encrypts a victim’s files unless and until a ransom demand is paid — usually in the form of some virtual currency such as bitcoin.

Contacted by KrebsOnSecurity, MEDantex founder and chief executive Sreeram Pydah confirmed that the Wichita, Kansas based transcription firm recently rebuilt its online servers after suffering a ransomware infestation. Pydah said the MEDantex portal was taken down for nearly two weeks, and that it appears the glitch exposing patient records to the Web was somehow incorporated into that rebuild.

“There was some ransomware injection [into the site], and we rebuilt it,” Pydah said, just minutes before disabling the portal (which remains down as of this publication). “I don’t know how they left the documents in the open like that. We’re going to take the site down and try to figure out how this happened.”

It’s unclear exactly how many patient records were left exposed on MEDantex’s site. But one of the main exposed directories was named “/documents/userdoc,” and it included more than 2,300 physicians listed alphabetically by first initial and last name. Drilling down into each of these directories revealed a varying number of patient records — displayed and downloadable as Microsoft Word documents and/or raw audio files.

Although many of the exposed documents appear to be quite recent, some of the records dated as far back as 2007. It’s also unclear how long the data was accessible, but this Google cache of the MEDantex physician portal seems to indicate it was wide open on April 10, 2018.

Unfortunately, the incident at MEDantex is far from an anomaly. A study of data breaches released this month by Verizon Enterprise found that nearly a quarter of all breaches documented by the company in 2017 involved healthcare organizations.

Verizon says ransomware attacks account for 85 percent of all malware in healthcare breaches last year, and that healthcare is the only industry in which the threat from the inside is greater than that from outside.

“Human error is a major contributor to those stats,” the report concluded. 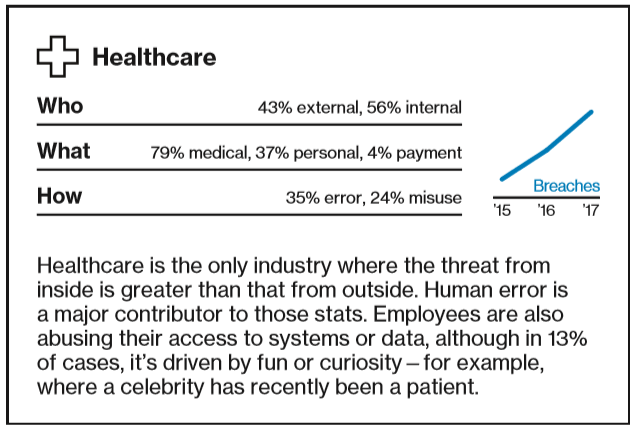 According to a story at BleepingComputer, a security news and help forum that specializes in covering ransomware outbreaks, WhiteRose was first spotted about a month ago. BleepingComputer founder Lawrence Abrams says it’s not clear how this ransomware is being distributed, but that reports indicate it is being manually installed by hacking into Remote Desktop services.

Fortunately for WhiteRose victims, this particular strain of ransomware is decryptable without the need to pay the ransom.

“The good news is this ransomware appears to be decryptable by Michael Gillespie,” Abrams wrote. “So if you become infected with WhiteRose, do not pay the ransom, and instead post a request for help in our WhiteRose Support & Help topic.”

Ransomware victims may also be able to find assistance in unlocking data without paying from nomoreransom.org.

KrebsOnSecurity would like to thank India-based cybersecurity startup Banbreach for the heads up about this incident.