What is Industry 4.0? Everything you need to know

From smartphones to smart fridges, technology has played a major role in advancing most areas of our everyday lives – but it is also transforming the world of industry.

Industry 4.0 is the label given to the gradual combination of traditional manufacturing and industrial practices with the increasingly technological world around us.

This includes using large-scale M2M and Internet of Things (IoT) deployments to help manufacturers and consumers alike provide increased automation, improved communication and monitoring, along with self-diagnosis and new levels of analysis to provide a truly productive future.

Factories will become increasingly automated and self-monitoring as the machines within are given the ability to analyse and communicate with each other and their human co-workers, granting companies much smoother processes that free up workers for other tasks. 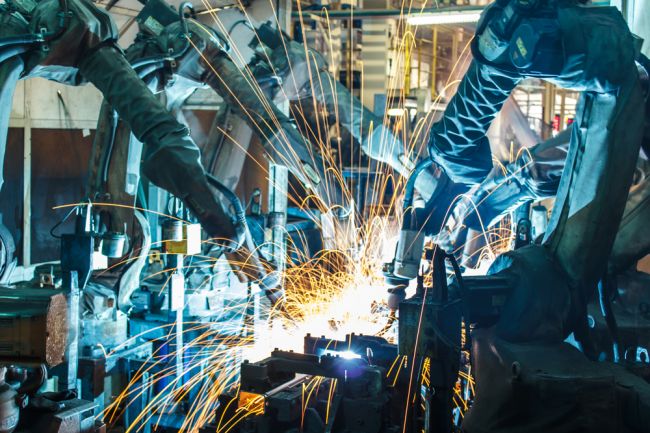 10/03 – Forget smart fridges: the Industrial Internet of Things is the real revolution – Industry 4.0 is already here and making massive differences…

25/02 – Industry 4.0: an industrial evolution, rather than a revolution – The connected, intelligent factories of the future will usher in a new generation of industry…

20/02 – UK businesses unprepared for Industry 4.0 – Manufacturing industry in the UK has done little to adopt automation and other digital technologies…

Industry 4.0 is not a new technology, nor is it a business discipline, but in fact a new approach to achieve results that weren't possible 10 years ago thanks to advancements in technology.

Some will also tell you that it's in fact the fourth industrial revolution – but what does that mean?

The first industrial revolution saw Britain move from farming to factory production in the 19th Century. The second spanned the period from the 1850s to World War I and began with the introduction of steel, culminating in the early electrification of factories and the first spouts of mass production. Finally, the third industrial revolution refers to the change from analogue, mechanical, and electronic technology to digital technology that took place from the late 1950s to the late 1970s.

The fourth, then, is the move towards digitisation. Industry 4.0 will use the Internet of Things and cyber-physical systems such as sensors having the ability to collect data that can be used by manufacturers and producers. Secondly, the advancements in big data and powerful analytics means that systems can trawl through the huge sets of data and produce insights that can be acted upon quickly. Thirdly, the communications infrastructure backing this up is secure enough to be used by heavy industries.

Smart factories, which will be at the heart of Industry 4.0, will take on board information and communication technology for an evolution in the supply chain and production line that brings a much higher level of both automation and digitisation. It means machines using self-optimisation, self-configuration and even artificial intelligence to complete complex tasks in order to deliver vastly superior cost efficiencies and better quality goods or services. A German government memo released way back in 2013 was one of the first times that 'Industrie 4.0' was mentioned. The high-tech strategy document outlined a plan to almost fully computerise the manufacturing industry without the need for human involvement.

Angela Merkel, German chancellor, spoke glowingly of the concept in January 2015 at the World Economic Forum in Davos, calling 'Industrie 4.0' the way that we "deal quickly with the fusion of the online world and the world of industrial production."

To that end, the German government is investing some €200 million (around £146 million, $216 million, or AU$278 million) to encourage research across academia, business and government, and Germany isn't the only country where advancements are taking place.

The United States has the Smart Manufacturing Leadership Coalition (SMLC), a non-profit organisation made up of manufacturers, suppliers, technology firms, government agencies, universities and laboratories that all have the common goal of advancing the way of thinking behind Industry 4.0.

It is aiming to construct an open, smart manufacturing platform for industrial-networked information applications. The hope is that it will eventually enable manufacturing firms of all sizes to gain easy and affordable access to modelling and analytical technologies that can be customised to meet their needs.

How much is Industry 4.0 worth?

Anything attached to the Internet of Things or increased automation is worth a tidy sum and Industry 4.0 is no different.

Recent figures from KPMG has estimated that the component markets of Industry 4.0 are estimated to be worth more than US$4 trillion by 2020.

This is above the expected value of the Internet of Things (IoT) market, which Gartner has estimated will be worth almost US$3.7 trillion by 2020.

Businesses everywhere are thought to be able to benefit from embracing Industry 4.0, with a recent government report claiming that utilising this advanced technology could benefit the nation's manufacturing sector by around £445 billion and create around 175,000 jobs,

Much of this is down to the thirst for higher productivity and cost reductions from using real-time data. This can also be another area where technologies of the future, such as 5G, will have an effect and make sure the "things" are buzzing away at optimum efficiency.