I am reading Sapiens: A Brief History of Humankind, in which Yuval Noah Harari posits, among other things, that the “Agricultural Revolution,” which created the first stable, large civilized communities, was a disaster, with the successful farmer working much longer and harder than her nomadic hunter-gatherer tribal ancestors, a day spent running through woods replaced by plowing, planting, reaping, and threshing. More civilization means a longer workday plus bad backs, necks, and knees as we perform tasks we weren’t built for. 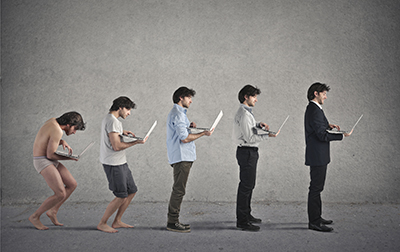 It may be similarly true that our own highly evolved California existence carries a heavier workload. We reported in this column last year on data from the Organisation for Economic Co-operation and Development (OECD) showing the United States is among the hardest-working western nations. An American worker averages almost 1,800 hours per year, while German, French, Dutch, and Scandinavian workers average closer to 1,400 hours per year.

A brand-new study by WalletHub reviewed 116 American cities and listed the hardest-working cities in America. The study goes beyond bare hours on the job—San Francisco and Los Angeles are ranked high among U.S. cities, and even higher once you factor in the numbingly long commutes endemic to both urban hubs.

WalletHub weighed other factors, including the employment rate, vacation time left unused, the percentage of “idle youth” between 16 and 24, the percentage of workers with multiple jobs, and the number of volunteer and leisure hours, giving different weight to the various factors. The result: four Bay Area cities are in the top 11.

San Francisco and Fremont are the hardest-working cities in America, with Oakland in the sixth slot and San Jose at 11. Los Angeles and Long Beach also make the Sweet 16, with Santa Ana, San Diego, Sacramento, and Stockton nestled in the middle of the pack. Looking for a leisurely pace? The survey says try Fresno and Bakersfield, the fourth and sixth least hardworking cities in America.

I don’t know how accurate the survey factors are. What does it mean that the average resident of Cheyenne, Wyoming, works 14.6 hours a week compared to a Los Angeles resident’s 39? I don’t know how you scientifically define “idle youth” (except that I want them to stay off my lawn!). And where did they get that data? I don’t imagine that idle youth will answer questionnaires.

But most important, should the San Francisco Bay Area be proud to host three of the six hardest-working American cities on its shores? Has job engagement replaced leisure time as a prime goal? Don’t humans as a species seek to work less, and play and rest more?

For a long time, Silicon Valley has promoted a work here/play here ethic, imbuing work campus life with everything from kite flying, to Ping-Pong tables, to stadium rock concerts. No time to drop your suits at the cleaners or your baby at day care? Just bring them to work. But buying an average home around the Bay Area may demand long work hours, requiring an annual salary of $171,000 in San Francisco and, shockingly, $216,000 a year in San Jose. Are long workdays a choice or an economic necessity?

The ’80s band The Tubes once asked, “What Do You Want from Life?” Is it sailing on the Bay, ambling through Wine Country, and hiking the Headlands? Is it fine dining on Rodeo and Melrose or catching waves in La Jolla and Malibu? Great. But all those activities take time, if not money. I moved to California with thoughts of a Tahoe trip every month; I’ve gotten there three times this century, but I travel for work a lot.

Sapiens suggests that the trap of the Agricultural Revolution closed slowly. Once humans realized how back-breaking, fragile, and limited farming was, they were too invested in their land to leave. Similarly, despite the many stories of people leaving the pricey West Coast for resurging Detroit and the “Silicon Prairie” growing in America’s midsection, nothing comes close to California in creating new jobs, tech or otherwise. Prices, traffic, drought, and crowds may make it unlivable here, but that’s not stopping folks from moving in and joining the team that works harder than anyone else! Congratulations?

Mark I. Schickman is of counsel with Freeland Cooper & Foreman LLP in San Francisco and editor of California Employment Law Letter. He can be reached at schickman@freelandlaw.com.

Dec 24, 2020
Email marketers across the globe encompassing different strategies for email marketing. Here is the tips for effective b2b email marketing in 2021.
Advertising