How to Find Creative Talent 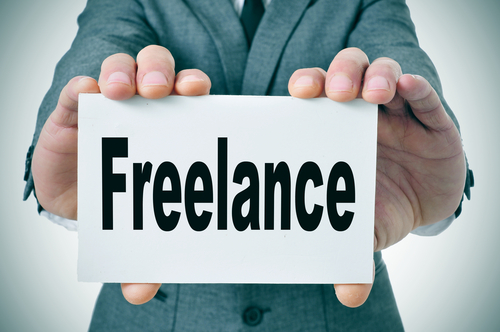 In addition, more than half of survey respondents (58 percent) report that their company employs project professionals. Among these organizations, approximately 14 percent of staff work on a freelance basis.

“While freelancing is not a new concept in the creative industry, it’s becoming a more attractive career option for professionals with in-demand skills like digital marketing, web and user experience design, and content creation,” says Diane Domeyer, executive director of The Creative Group. “As hiring remains competitive, companies increasingly turn to highly skilled freelancers to fill gaps on their teams.”

Nevertheless, companies are sometimes reluctant to work with freelancers, for fear of real or perceived obstacles.

As part of The Creative Group survey, advertising and marketing executives were also asked to share their greatest challenge when working with creative freelancers. The top response was making them feel like part of the team (25 percent), followed by negotiating pay rates (22 percent). Finding skilled freelancers and communicating or collaborating effectively with them (19 percent) tied for the third most-pressing concern.

“Freelancers can play a vital role on any team, but their success depends, in part, on a solid onboarding process,” says Domeyer. “Employers should introduce them to their new colleagues on day one, include them in staff meetings, and check in regularly. The more comfortable and welcomed freelancers feel, the more likely they’ll perform at their best and be happy in the role.”

Other onboarding best practices apply to freelancers. These include creating a welcoming workspace equipped with basic office supplies, including a computer with up-to-date software, and providing reference materials (like logins, passwords, and style guides). Assigning a point person to answer questions that may arise is also recommended.

Domeyer notes that recruiters can ease some of employers’ freelance worries.

“Busy hiring managers can benefit from engaging the help of staffing firms, which handle a lot of the legwork recruiting entails, including finding and interviewing highly skilled candidates and establishing pay,” she says.

The post How to Find Creative Talent appeared first on HR Daily Advisor.