The Securities and Exchange Commission (SEC) on April 18 disclosed its own proposals for new conflict-of-interest standards for the way in which financial advisers and broker-dealers identify themselves and sell products for fees to retail investors. 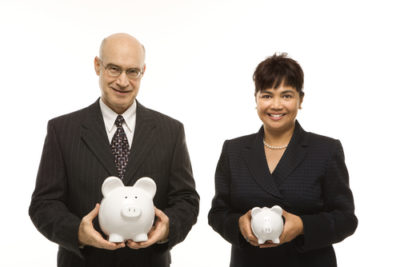 The SEC’s new entry in the attempt to shape a federal fiduciary rule could supersede the U.S. Department of Labor’s (DOL) years-long drive to do the same, especially with the DOL proposal having been vacated in March by a federal appellate court decision (see, Supreme Court May Have to Decide Fate of DOL Fiduciary Rule).

The DOL has until April 30 to appeal the court ruling by the 5th U.S. Circuit Court of Appeals in that venue but retirement plan industry observers suggested the release of the SEC proposals may allow the DOL to let its rule die.

The 5th Circuit’s ruling will go into effect nationwide on May 7, erasing the DOL fiduciary rule, if the agency doesn’t seek an appeal in the 5th Circuit. The DOL also has until June 13 to seek a U.S. Supreme Court hearing of the case.

The SEC indicated that the DOL participated in preparing its new proposed rules, but they vary from the DOL regulation in some key respects.

What’s in the SEC Proposals

The SEC proposals, presented in a nearly 1,000-page package and approved for public comment by a vote of 4-1 by the SEC’s commissioners, comprise three parts:

The SEC proposals are widely expected to be modified after a 90-day public comment period starting when they are published in the Federal Register, but their general principles are likely to remain.

“This is potentially a major change to how the SEC thinks about regulating the conduct of financial advisors,” said Aron Szapiro, director of public policy research for investment research firm Morningstar Inc., in April 19 commentary.

The heart of the SEC proposal is the Regulation Best Interest. It is aimed at establishing a standard of conduct for broker-dealers and people associated with them when making any securities transaction recommendation—including advice to roll over or transfer assets from one type of account to another, such as a recommendation to roll over or move assets in an Employee Retirement Income Security Act (ERISA) retirement account to an individual retirement account (IRA).

“Although the SEC guidance takes into account the DOL fiduciary rule, and recognizing that under the common law of some states, in certain circumstances broker-dealers can be treated as fiduciaries, the SEC chose not to impose a uniform fiduciary standard upon both investment advisers and broker-dealers,” noted the Wagner Law Group in an April 20 bulletin on the SEC fiduciary rule hearing and vote.

Does Not Define ‘Best Interest’

The proposal does not define the term “best interest,” an omission that drew criticism from some SEC commissioners. Instead, whether a broker-dealer acts in the best interest of a retail customer when making a recommendation would depend upon the facts and circumstances of the recommendation and the customer, along with the circumstances of the four specific components laid out in Regulation Best Interest.

The SEC rule also seeks to reduce investor confusion by requiring financial professionals to give investors a new “Form CRS” Relationship Summary, which is designed to help investors understand the services to be provided, any conflicts of interest that might affect the advice they receive, and the fees they will pay, among other disclosures.

Despite uncertainty about the future of the DOL fiduciary rule and the SEC version’s more limited focus on protection for retail investors and individual Americans saving for retirement, the SEC proposals were seen as sustaining an emphasis on reducing conflicts of interest in the investment industry.

“In the end, no matter what the [SEC] final rule looks like, we expect this rule to have a similar effect as the Department of Labor’s rule and accelerate an existing trend: Advisors are moving away from a sales model and toward a relationship where they provide best-interest advice to their clients,” Morningstar said in its advisory on the recently introduced SEC fiduciary standard recommendation: “This proposal adds fuel to the fire” for this trend.”

The SEC encouraged public and retirement-plan industry comments on the proposals, which may be submitted via its website at: https://www.sec.gov/rules/submitcomments.htm. As of April 23, more than a dozen comments already had been posted on the site.