When a person who is paid to edit the written words of others fails to edit his own words, his job may be in jeopardy. 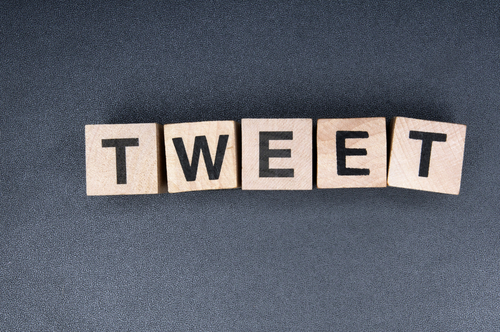 Early this year, Denis Finley, editor of the Burlington Free Press, Vermont’s largest newspaper, was fired for the tone and content of several tweets about matters in the news. Like most print media, the Free Press has watched its subscribership and advertising revenue decline as fewer and fewer people wait for the arrival of a morning newspaper on their doorstep.

As a result, “tweeting” and connecting on social media were apparently encouraged as part of Finley’s role in a nod to the direction in which the news business is headed—faster, shorter, instantaneous feeds of information to a public that has access to cable and network news 24/7.

Gannett, which owns the Free Press, has a policy that makes clear that social media is “core to [its] strategic goal of reinventing local journalism in the digital age.” As editor of the paper, it was not out of line for Finley to post editorial comments on matters of interest in the news. And post he did, often in the rapid-fire “Twittersphere.”

In covering Finleys firing, the Washington Post’s “Morning Mix,” a blog about news from around the world, quoted several tweets that did not lead to his firing but did provoke strong opposition. When the New York Times tweeted that President Barack Obama (by then out of office) would be the first guest on David Letterman’s new Netflix talk show, Finley shot back, “Another reason not to subscribe to Netflix.”

When Politico tweeted, “2017 is almost over. Here are the 18 politicians, activists, and operatives to watch in the new year,” Finley responded, “In other words, ignore them. Politicians, activists and operatives are what got us into this mess. The only people who care are whores, like Politico.” VTDigger, an online investigative reporting source, noted that Finley had made light of allegations of sexual misconduct against Roy Moore and Charlie Rose in other tweets.

Finley’s firing was a result of a Twitter war he started in response to a news report that Vermont was considering putting a third gender option on driver’s licenses. He commented: “Awesome! That makes us one step closer to the apocalypse.” Critics and critics of the critics on both sides jumped in, and Finley didn’t let it drop. He responded to one offended follower by asking, “What if someone said it’s awesome they are going to recognize pedophiliacs on licenses?” He wrote, “I’m not being snarky, I’m just asking. Not all recognition is awesome.”

Gannett promptly announced that Finley had “left the company.” Finley reportedly said he was fired because he expressed opinions with which the company disagreed. The company said he was fired because he violated its social media policy. Gannett’s social media policy is posted online and admonishes all employees not to “post comments that include discriminatory remarks, harassment, threats of violence or similar content” and to “exercise discretion in sharing personal information, and political, cultural or religious views.”

Although Gannett has not publicly pointed to those provisions in discussing Finley’s termination, it seems likely that the prohibition against making “discriminatory remarks” about a topic of political interest was the language used to justify his firing.

But What About the First Amendment?

Although public employers and employers that receive certain federal funds face limitations on the extent to which they can restrict speech, the limitations on Finley’s speech (and the consequences of him expressing his opinions) were imposed by Gannett (a private employer), not by a governmental or government-funded agency. And even public employers may impose reasonable restrictions on the “time, place, and manner” of speech.

What Should Employers Do with This Knowledge?

However, it is perfectly acceptable to enact policies governing speech that is disrespectful or vulgar, discloses confidential company information, or contravenes the values your company ascribes to. You may take disciplinary action against employees who violate your company’s stated policies or guidelines.

In this age of the rapid proliferation of social media—where much of the dialogue seems derogatory, defamatory, and grossly inappropriate in a civilized society—enacting a social media policy that sets guidelines for employees who may have become inured to the harm that can result from social media makes good sense. If you have questions or concerns about what limitations may be imposed on employee speech, consulting with counsel could prevent headaches down the road.

Karen McAndrew, editor of Vermont Employment Law Letter, can be reached at kmcandrew@dinse.com or 802-864-5751.