Once the proper configuration profile has been installed from the Apple Developer Center, the new watchOS 4.3.1 beta can be downloaded through the dedicated Apple Watch app on the iPhone by going to General –> Software update. 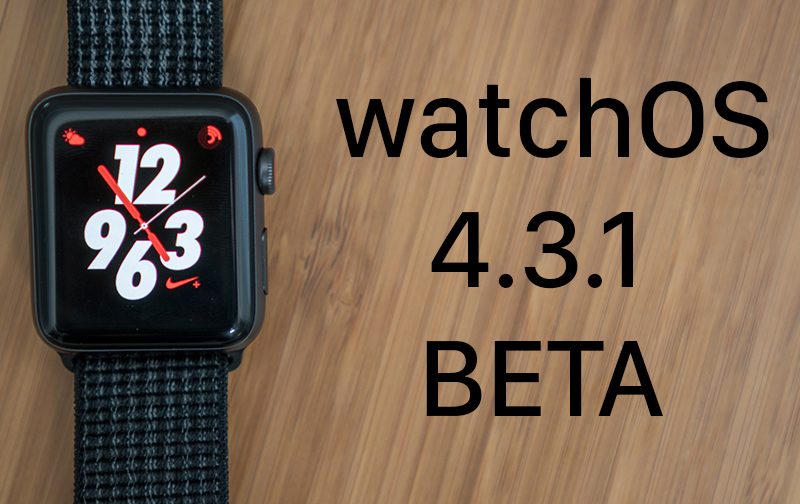 To install the update, the Apple Watch needs to have at least 50 percent battery, it must be placed on the charger, and it has to be in range of the iPhone.

Shortly before watchOS 4.3.1 was introduced, Apple stopped allowing developers to update Apple Watch apps built on the original watchOS 1 SDK. In watchOS 4.3.1, there’s an alert when launching a watchOS 1 app that warns that the app may not be compatible with future versions of watchOS. This suggests Apple will drop support for watchOS 1 apps entirely in the future, just as it did with support for 32-bit iOS apps in iOS 11.

Code hidden within watchOS 4.3.1 also suggests Apple is working on introducing support for custom third-party watch faces, but this is likely a feature that would be introduced as part of a major watchOS 5 update rather than through watchOS 4.3.1.

There were no other new features discovered in watchOS 4.3.1, which is unsurprising as this is a minor 4.x.x update. It’s likely this update focuses primarily on bug fixes to address issues discovered since the release of watchOS 4.3.

Apple does not provide detailed release notes for watchOS, so we may not know what’s included in the update until it sees a public release.