Even if you’re not a devoted follower of the Marvel Cinematic Universe (MCU), you likely were aware that Avengers: Infinity War just opened this past weekend.  While it is no surprise that the movie shattered a litany of box office records over its opening weekend, no one could have predicted the unparalleled success the MCU would have back in 2008 when it began its journey with the first Iron Man film. Yet here we are a decade later, where Infinity War marks the 19th (yes, 19th!) movie in the MCU, a collection of films from Marvel Studios that while independent in nature at times, are all woven together by a central thread or theme. 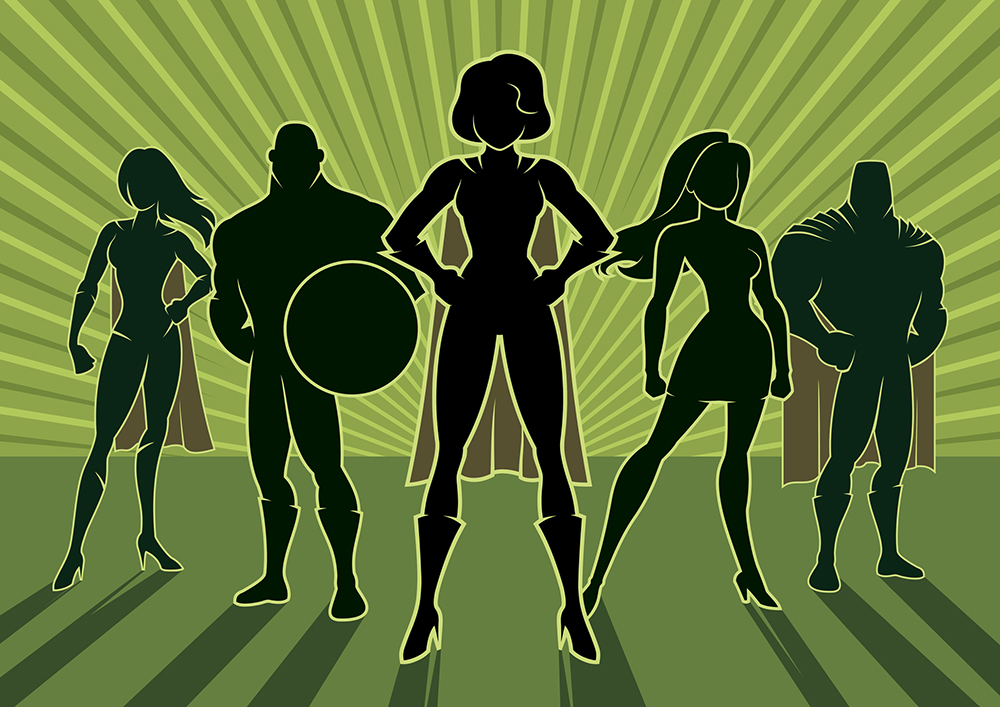 Since I’m an MCU geek, I obviously watched the film already. And other than stating that I enjoyed it incredibly, I will not divulge any spoilers in this post. As the prior MCU movies, and trailers, foretell, Infinity War deals with a purple-colored alien baddie named Thanos and his quest for the six Infinity Stones that will enable him to carry out his master plan. Infinity War brings together virtually all of the MCU superheroes who must fight together to attempt to thwart Thanos’ plan. Not only is the roster impressive, but so is the story that brings all these people together, many of whom have never met each other in prior movies. In fact, the hardest thing about Infinity War is recalling where all these characters left off and thus where they are when the movie begins.

Going into this movie, “the Avengers” are a quasi-government-backed/sponsored team of heroes tasked with protecting mankind from alien and domestic attacks. In essence, members such as Captain America, Black Widow, Falcon, War Machine, Bruce Banner/Hulk, and others could be deemed government employees (though it’s unclear whether they are compensated–a plot point obviously unnecessary in comic book movies). Despite being a billionaire playboy with his own conglomerate of companies, Iron Man could likely be deemed an employee as well while performing services as an Avenger. Thor, well, he’s a Norse God who can travel through space so there’s likely some statutory exemption for that. And those who saw Captain America: Civil War know that the Avengers sort of had a fallout, and thus its membership has been somewhat depleted.

But then you’ve also got the Guardians of the Galaxy, a completely unaffiliated and freelancing entity with its own members, and who up to now have been doing their own thing on various planets not named Earth. Spider-Man is a teenage high-schooler, and Ant-Man has been dealing with a personal mission, but one could argue they’ve done some independent contractor work with the Avengers. Black Panther is the King of Wakanda and busy leading his people, while Dr. Strange hones his Mystic Arts to ensure Earth is protected from inter-dimensional threats. Got all that? And I haven’t even listed everyone.

In Infinity War, they all come together with one seemingly common purpose. But who’s in charge? Is anyone calling the shots? Or are these individuals all using their own independent discretion? What are each superhero’s skills and contributions to the overall effort? Should Scarlet Witch be issued a W-2 or a 1099?

OK, that last one I made up. But when assembling a roster of talent to perform a disparate set of services toward a common objective, these questions arise. And for companies, these questions lead to an inquiry as to whether that talent utilized should be considered an employee or an independent contractor. And the rules regarding independent contractor classification vary greatly dependent upon jurisdiction and the specific law that is applicable, making it even harder for employers to accurately make these determinations. And these rules are changing as well.

Just yesterday, the California Supreme Court, in Dynamex Operations West, Inc., issued a significant decision narrowing the class of individuals who can qualify as independent contractors under California wage and hour law. In doing so, the court dispensed with decades-old law evaluating classification based on a multi-factor test, and instead held that all workers are to be presumed to be employees unless they can meet the ABC test, one of the most stringent tests used in determining independent contractor status.

Under the ABC test, one must prove that the worker is free from control and direction in connection with the performance of the work, the worker performs work that is outside of the hiring entity’s usual business, and the worker is customarily engaged in an independent trade, occupation, or business of the same nature as that involved in the work performed. Failure to meet all three of the aforementioned criteria would result in a determination that the worker is an employee, a far higher burden than meeting the majority of factors in a multi-factor test.

Just like in Infinity War, it may seem like a good idea to assemble a bunch of individuals to achieve the project or objective at hand. But while it may be a worthwhile endeavor, it can get messy and complicated with so many moving parts to keep track of. So do your due diligence so that you aren’t caught by surprise. And when you see Infinity War, let me know whether you were just as shocked as me when [redacted for spoilers]. That was crazy.