Apple on Tuesday reported that it sold 9.1 million iPads during the first quarter of 2018, giving the company its highest share of the worldwide tablet market during that quarter in four years, according to IDC. 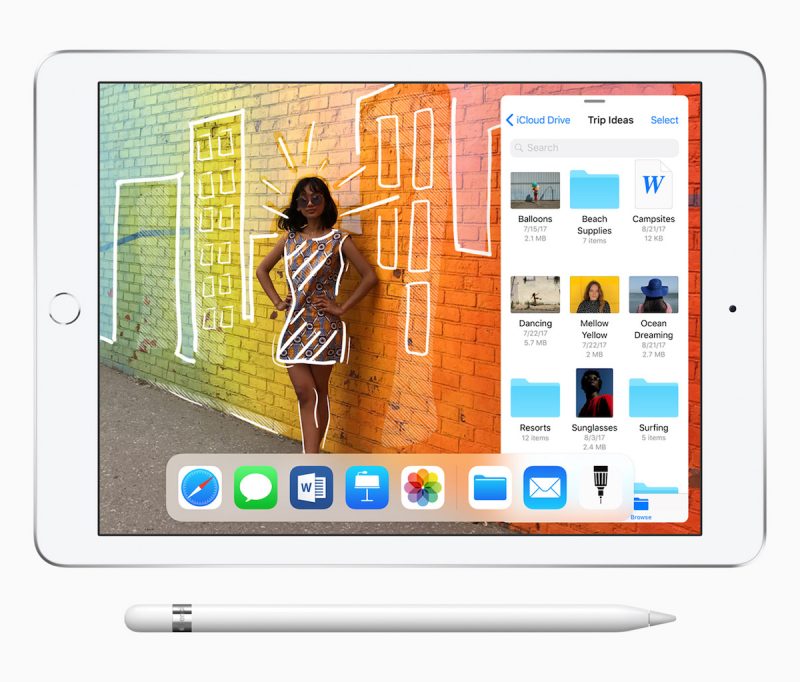 The research firm estimates that iPads accounted for 28.8 percent of tablet shipments over the three-month period, compared to 24.9 percent in the year-ago quarter. The modest growth resulted in the iPad’s highest first quarter market share since 2014, when it captured a 32.7 percent stake.

IDC said worldwide tablet shipments from all vendors combined declined 11.7 percent in the first quarter on a year-over-year basis, making the iPad’s gains in sales, revenue, and market share all the more impressive.

iPad remains the world’s most popular tablet, as it has been since shortly after it launched in 2010. Samsung finished runner-up in the first quarter with an estimated 5.3 million tablet shipments, down from six million in the year-ago quarter, although its market share stayed put at 16.7 percent.

Samsung managed flat growth due to significantly lower shipments from other tablet vendors in the first quarter, according to IDC. Amazon, for instance, is estimated to have shipped just 1.1 million tablets from January through March, a 49.5 percent decline from the year-ago quarter.

However, research firm Strategy Analytics estimates Amazon shipped 2.8 million shipments in the first quarter, and it’s unclear why there is such a large discrepancy between the numbers. IDC said Amazon’s quarterly downturn “does not come as a surprise” given that its tablet sales are highly seasonal.

Looking ahead, the new sixth-generation 9.7-inch iPad should have more of an impact in the second quarter of 2018, as the tablet launched with only four days remaining in the first quarter, amid education buying season.

In terms of what’s next for the iPad, Apple is rumored to launch at least one new Pro model with slimmer bezels, no home button, and Face ID later this year. The fate of the iPad mini is less certain, but it could eventually receive a routine speed bump should it remain part of Apple’s tablet lineup.