Newton Mail today announced an update for its iOS app that aims to make it easier than ever for users to keep track of email conversations by making the “Sent” folder obsolete. Called “True Inbox,” the feature automatically places any sent emails at the top of the Inbox, no matter if the recipient has responded to the message or not. 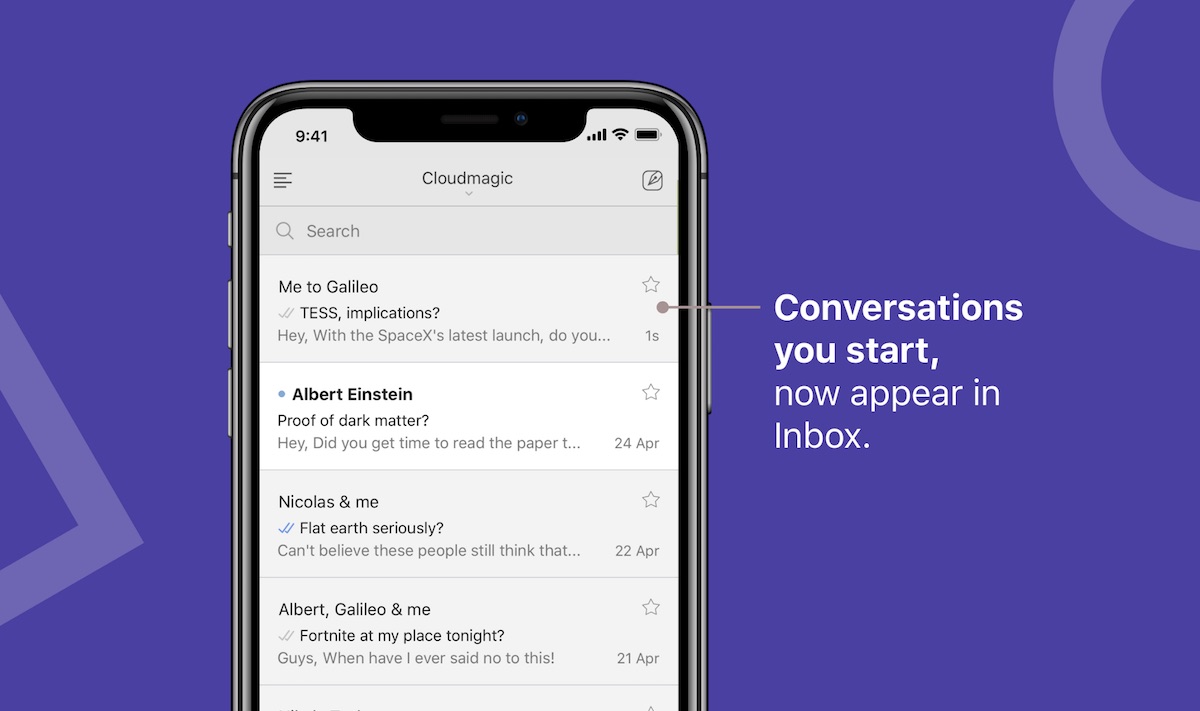 This treats each email conversation more like a messaging app, with each thread sorted by activity so that any time a response is sent or received, that conversation shifts to the top of the screen. As usual, Newton users can still archive, snooze, star, view read receipts, and more from the new True Inbox, but now “there’s absolute no need to go to Sent folder any more.”

In the blog post announcing the update, Newton designer Umesh Gopinath explained the company’s purpose for getting rid of the Sent folder.

When I start a new conversation, the mail I sent, remained in the Sent folder, till I received a reply. Which meant, I had to still jump between Inbox and Sent folders to follow up on mails. I always wondered why Gmail never thought of it. People found work-arounds for this problem by Auto BCCing mails to themselves to bring sent mails to inbox. Another recent way was to snooze the sent mails. Needless to say, we found all these hacks ugly, non intuitive and cumbersome.

When we designed Read Receipts in Newton to show 2 ticks on a conversation, like a chat app, we felt that the only time it took one step backwards was when I started a new conversation and then had to go to Sent folder to see the ticks. We really wanted to fix this problem. We wanted to truly make email modern.

Newton users will begin seeing True Inbox automatically, but Gopinath mentioned that the update will see a rollout in “phases” to start. Those who don’t want to wait can turn the feature on in Settings > General > Conversation View > True Inbox. Newton Mail is available to download from the iOS App Store for free [Direct Link].