One of the most talked about HR trends of 2018 is financial wellness. More and more employers are stepping up to help their employees get on the right track to becoming more financially stable. However, a new CareerBuilder survey highlights employees’ concerns over whether or not they have enough saved for retirement, hindering plans to retire at the typical age of 65. 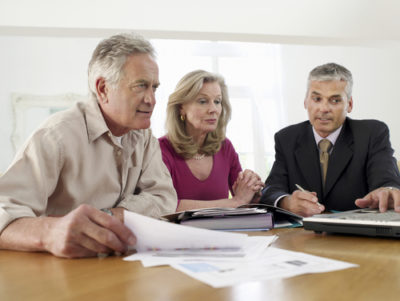 Though the economy is improving, many U.S. workers are still pumping the brakes on their retirement plans. According to a recent CareerBuilder survey, 53% of workers aged 60+ say they are postponing retirement, with 57% of men putting retirement on hold compared to 48% of women. Four in 10 workers (40%) don’t think they’ll be able to retire until 70 or older.

This survey was conducted online by The Harris Poll from November 28, 2017 and December 20, 2017, and included a representative sample of 809 full-time workers across industries and company sizes in the U.S. private sector.

“Postponing retirement will make an impact across all of our country’s workforce, along with retirement policy and financial and health care planning,” said Rosemary Haefner, chief human resources officer at CareerBuilder—in a press release. “With workers staying in their jobs longer, employers are adjusting hiring needs, but also reaping the benefits of the extra skills and mentoring abilities of mature employees.”

Postponing Because of Uncertainty

When asked how much money they think they’ll need to save in order to retire, workers said:

When asked if they’re currently contributing to retirement accounts, roughly one in four workers 55+ (23%) said they do not participate in a 401(k), IRA, or other retirement plan, a rate even higher in younger adults ages 18 to 34 (40%). Sixty-seven percent of workers in the South and 69% in the Midwest contribute to retirement accounts, compared to 73% in the Northeast and 71% in the West.

Ways Employers Are Trying to Help

The survey found more companies are adopting automatic features to their DC plans. Nearly three in four respondents (73%) now automatically enroll new participants, compared with 68% in 2014 and 52% in 2009. Additionally, 60% of respondents provide an auto-escalation feature, up from 54% in 2014. These automatic features can significantly improve an employee’s retirement readiness.

Other improvements plan sponsors reported making to their DC plans include:

The post Retirement Savings Plague Workers Who Are Fearful They’ll be Working Past 70 appeared first on HR Daily Advisor.