Can You Terminate an Employee Who is Unable to Return After 4 Months of Disability Leave?

It is well established that employers are not required to provide an indefinite leave of absence to accommodate employees’ disabilities. In the following case, the employer terminated the employee after she had been on leave for a little more than 4 months. 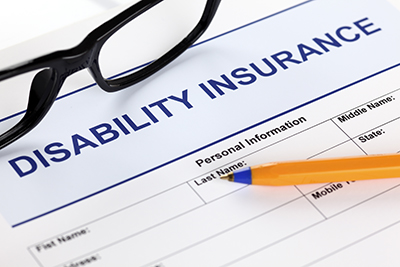 However, because it wasn’t clear when the employee would be released to return to work, the court held that the employer didn’t discriminate against her on the basis of her disability.

Break an Ankle, Lose a Job

On November 11, 2015, Dinaz fell and broke her ankle. Her doctor sent PGI a note stating that Dinaz was temporarily totally disabled from November 16 to November 20. On November 20, her doctor sent PGI another note stating that Dinaz would be temporarily totally disabled until February 22, 2016. Based on the notes from her doctor, PGI allowed Dinaz to take unpaid leave through February 22.

On November 23, Dinaz had surgery on her ankle. On February 18, her doctor provided another note stating that she would be temporarily totally disabled through April 1. PGI terminated her employment on February 29. PGI’s president invited Dinaz to apply for any positions that became available when she was able to work again.

The court first noted that both the FEHA and the ADA limit their protective scope to employees with disabilities who can perform the essential duties of their jobs with reasonable accommodations. The court further observed that an employee who is totally disabled cannot perform the essential functions of her job. However, a leave of absence may be a reasonable accommodation if it doesn’t cause undue hardship to the employer.

Dinaz failed to present any evidence that she would have been able to return to work as of April 1, 2016, and in fact, the evidence showed that she received disability benefits from the state until September 2016. As a result, it was undisputed that she was still totally disabled when PGI terminated her employment in February 2016, and there was no evidence that PGI would have knowledge of a finite end date to her total disability when it made the decision to terminate her.

The court concluded it was irrelevant that Dinaz disputed PGI’s claim that additional leave would have imposed an undue hardship. The issue wasn’t whether additional leave would create an undue hardship but whether the accommodation Dinaz requested was reasonable in the first place. She argued that the issue was whether it would have been reasonable for PGI to extend her leave until April 1, 2016, based on the last doctor’s note submitted on her behalf.

The court observed that even a finite leave isn’t a reasonable accommodation unless it’s likely that the employee would be able to perform the essential functions of her job. Because it was undisputed that Dinaz wasn’t able to return as of April 1, 2016, she failed to establish that continuing her leave to April 1 was reasonable. The court also remarked that it’s well established that employers are not required to provide an indefinite leave of absence as a reasonable accommodation.

Under the FEHA, protected activity consists of opposing practices forbidden by the Act or participating in any proceeding conducted by the California Department of Fair Employment and Housing. Courts have held that merely requesting that an employer provide an accommodation or engage in the interactive process doesn’t constitute opposition to or a protest of unlawful conduct by the employer and therefore isn’t protected activity. However, the law has recently changed.

In the summer of 2015, Governor Jerry Brown signed Assembly Bill 987, which amended the FEHA to prohibit an employer from retaliating or discriminating against a person for requesting an accommodation for a disability regardless of whether the request for accommodation was granted.

Interestingly, the amendment went into effect on January 1, 2016, after Dinaz first requested leave but before her last doctor’s note was submitted to PGI and before she was terminated. It appears that neither the parties nor the court was aware of the amendment, which arguably could have changed the dismissal of the retaliation claim. Ruiz v. Paradigmworks Group, Inc., U.S. District Court for the Southern District of California, 2/22/18.

This decision doesn’t really break any new ground in the area of disability discrimination. But it’s interesting that apparently neither the parties’ attorneys nor the court was aware of the amendment to the FEHA that makes it a protected activity to merely request an accommodation. You must ensure that you do not retaliate against employees who request accommodations, even if you don’t provide the requested accommodation.

Matthew A. Goodin, a contributor to the California Employment Law Letter, can be reached at Epstein, Becker & Green, P.C., in San Francisco, mgoodin@ebglaw.com.

The post Can You Terminate an Employee Who is Unable to Return After 4 Months of Disability Leave? appeared first on HR Daily Advisor.