Is Home Health Aide Eligible for Workers’ Comp After Being Injured While Driving to Patient’s Home?

The Arkansas Court of Appeals recently heard a claim for workers’ compensation benefits from a former home health aide who was injured on her way to a patient’s home. Was she eligible? 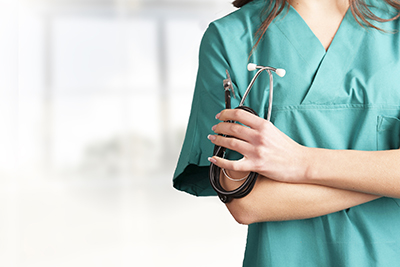 “Mary” was employed as a home health aide for Absolute Care Management (ACM). As part of her duties, she was required to travel to the homes of her clients.

On September 16, 2015, Mary was scheduled to see two clients. After leaving her first client, she headed to her own home because her cell phone’s battery was almost dead and she needed a charger. Once home, she got her charger, a sandwich, and a soda. She called her next client and ACM to let them know that she was on her way. While driving to her second appointment, she had a one-vehicle accident and sustained severe injuries, including a brain injury and broken spinal cord.

Mary sought benefits from ACM in the form of workers’ compensation. ACM disputed her claim and contended that she wasn’t performing her job duties at the time of her injury.

A hearing took place before an administrative law judge (ALJ) on August 26, 2016. The ALJ filed an opinion that Mary was performing employment services at the time of her injury. It found that ACM was responsible for all outstanding hospital, medical, and related expenses as well as for continued, reasonably necessary medical treatment.

ACM appealed the decision to the WCC, which adopted the findings and conclusions of the ALJ.

On appeal, the court explained that a compensable injury is one that causes internal or external harm and that arises out of and in the course of employment. It further explained an employee is performing employment services when she is doing something that is generally required by her employer.

As a general rule, an employee traveling to and from the workplace isn’t within the course of employment. This “going and coming” rule ordinarily prevents an employee from recovering benefits for an injury sustained while going to or coming from her place of employment. The court noted, however, there are several exceptions to this rule. It pointed out one such exception is where the employee must travel from jobsite to jobsite, regardless of whether she is paid for travel time.

The court compared the facts of this case to Olsten Kimberly Quality Care v. Pettey, in which a nursing home assistant who was required to travel to patients’ homes but not paid for travel expenses was injured in a one-vehicle accident on her way to see a patient. Both the WCC and the Arkansas Supreme Court held in Pettey that her injuries were compensable because she was performing a necessary part of her employment at the time of the accident.

Similarly, Mary was required to travel to her clients’ homes and provide aid to them. The court stressed that it was of no consequence that she went home before her second appointment because at the time of her accident, she was en route to the client’s home. Because traveling was for the benefit of ACM and was a necessary part of her employment, the court held that the WCC correctly found that she was performing employment services at the time of her injury. Accordingly, it affirmed the commission’s decision.

This case serves as a reminder that even if you aren’t paying an employee for her travel time between jobsites, an injury that occurs when she’s traveling from site to site will likely be compensable. This case further indicates that stops for personal reasons during the travel probably will not affect this outcome.

Steve Jones is an attorney Jack Nelson Jones & Bryant, P.A and an editor of the Arkansas Employment Law Letter. He can be reached at sjones@jacknelsonjones.com.

The post Is Home Health Aide Eligible for Workers’ Comp After Being Injured While Driving to Patient’s Home? appeared first on HR Daily Advisor.