A new pilot program announced by the U.S. Department of Labor (DOL) in early March provides employers with renewed hope that the agency is changing its approach from strict regulatory enforcement to encouraging voluntary compliance and minimizing litigation. Employers, however, should proceed with caution before voluntarily disclosing possible violations of the Fair Labor Standards Act (FLSA). 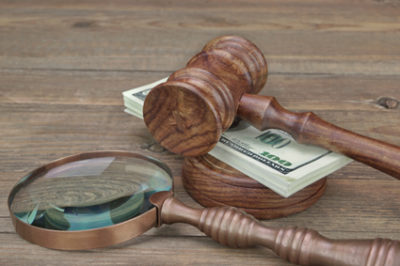 The DOL touts the Payroll Audit Independent Determination (PAID) program as a way for employers to cooperatively work with the agency to resolve “inadvertent” wage and overtime violations in an expeditious manner without litigation. The types of violations covered include unpaid “off-the-clock” work, failure to calculate and pay overtime at the required rate of 1½ times employees’ regular rate of pay, and misclassification of exempt employees.

During the 6-month pilot period, employers that discover potential wage and hour violations because of a self-audit have the option of asking to participate in the program. If the DOL accepts an employer’s request to participate in PAID, the employer is responsible for disclosing the results of its self-audit to the DOL. That specifically includes the nature of violations, affected employees, the time frames in which each employee was affected, and the amount of back wages believed to be owed to each employee.

Also, the employer must certify that it is not currently litigating the potential violation at issue and that it will change its pay practices to comply with the law. The department will then review the information, assess the correct amount of back wages due, issue forms describing the terms of the settlement, and supervise payments to employees in exchange for a legal release of liability.

The primary benefit for employers participating in the PAID program is that they can potentially avoid the hassle and expense of defending a federal wage and hour claim in court. Another benefit is that the DOL will not assess liquidated damages—that is, double damages—or civil money penalties if it allows an employer to participate in PAID. In short, PAID can potentially allow employers to resolve federal wage violations faster and for less money while ending up with a valid release.

Sounds great, right? Not so fast. The biggest potential drawback to participating in PAID is that there is a lot of uncertainty over how the DOL will operate the program in practice. For example, it is not clear if the DOL will allow employers to negotiate and receive releases from state wage and hour claims in addition to the federal FLSA.

Additionally, it is not clear what would happen if an employee contacted by the DOL as part of the PAID program decides to file a lawsuit after learning of potential wage violations. The DOL will allow an employer to voluntarily participate in PAID, but it will not require employees to accept the settlement terms. Should the DOL refuse to exercise jurisdiction over the potential violations at issue, employers could potentially be admitting a violation and inviting employees to file suit.

Further, it is not clear what will happen if the DOL denies an employer’s request to participate in PAID. Is immunity on the table in that situation? More likely—at least for egregious violations—the DOL may deny the employer’s request to participate and then file a lawsuit against the employer and seek liquidated damages or civil money penalties.

While the prospect of avoiding a wage and hour lawsuit is appealing, employers must realize that a request to participate in PAID is a request to have the DOL audit company records. That is rarely a wise choice, but there may be limited circumstances where it makes sense for an employer to participate, particularly if the potential violation was truly inadvertent and defensible, the amount of back pay exposure is low, and there is high morale among employees.

Once some of the uncertainty over PAID is resolved, the program may turn out to be a useful tool for employers to resolve potential wage and hour violations. Wage and hour issues are notoriously technical, and an employer facing potential violations should seek counsel to explore all options, including PAID.

Phil Bruce is an associate at McAfee & Taft and a contributor to Oklahoma Employment Law Letter, he may be reached at phil.bruce@mcafeetaft.com.