Company scandals have been filling the headlines lately. As a result, jobseekers are more concerned about a company’s values. They want to work for an employer that aligns with what they believe is just and right. 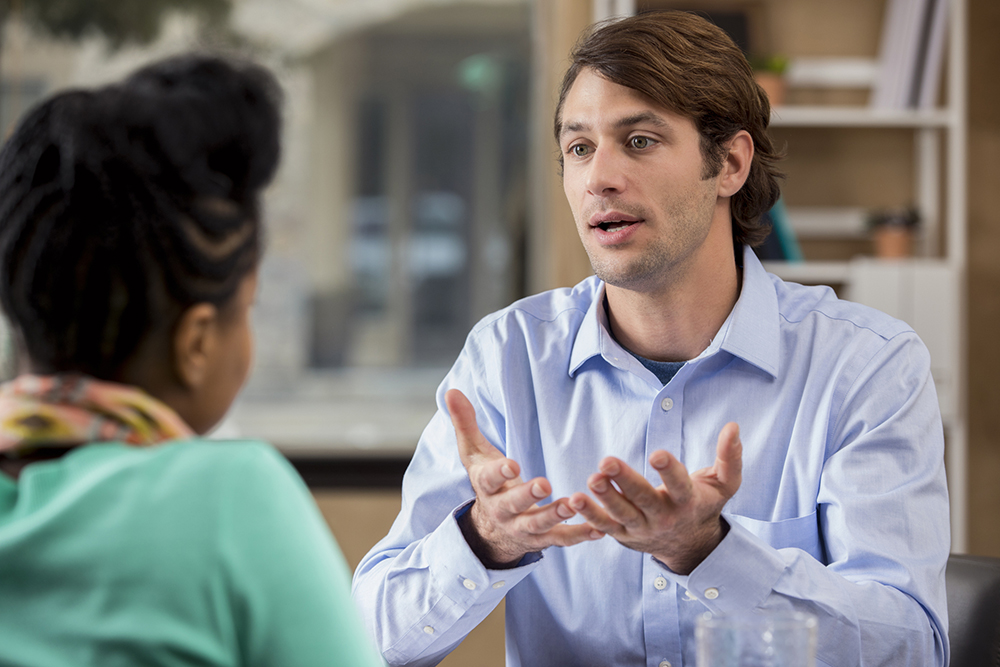 In February, my company, StartMonday, conducted a survey of 750 employees in the retail and hospitality industries. We found that 36% of candidates feel a company’s reputation is important when deciding where to work. So, during the hiring process, they look for signs that a company might let them down on a moral or ethical level.

If you want to reach these jobseekers and earn their confidence, you need to be prepared to discuss some difficult subjects. They want to know how you deal with these issues so they can determine whether or not the company values align with their own.

Here are four sensitive topics you need to be willing to explore during the hiring process:

All workplaces should be built on respect. Unfortunately, not all of them are. Job candidates use the hiring process to gauge if they would be respected at an organization. If they feel they are being strung along or ignored, they’ll move on to another company.

One of the simplest ways to show candidates you respect them is by valuing their time. This means sending out prompt and thorough communications. For instance, 56% of our survey respondents wanted confirmation within 24 hours that their application had been received.

Ensure your application process meets this expectation. More importantly, make sure the confirmation is useful for candidates. Include information about the company’s culture and mission. Share employee testimonials. This is information candidates want, so save them time by providing it in the initial confirmation message.

In recent years, employees have learned that gender equality is a complex issue. It’s not just about paying a man and a woman the same salary for the same job. It’s also about providing everyone with the same opportunities so they have an equal chance at raises, bonuses, and promotions.

So, it’s no wonder our survey found that 65% of candidates would turn down a job at a company with a gender-based pay disparity. Whether it’s intentional or not, they refuse to work for a company that isn’t actively working toward equality.

Don’t just tell candidates you treat men and women equally. Show them. Be transparent about how you determine salary. Have data about the number of women in leadership roles and your female career development programs, and share this information with both men and women. After all, men value gender equality, too.

Most candidates draw the line when it comes to racism. In fact, 74% of our respondents said they would not take a job from a company if they thought it had racist management. While most companies work hard to eliminate overt racism, they also need to deal with unconscious bias.

When managers and other leaders are uneducated about unconscious bias, they make decisions that unknowingly isolate minorities. This negatively impacts them on a daily basis.

Let candidates know your company is dedicated to diversity and inclusion by explaining the unconscious bias training that every employee goes through. Let them know why the program is in place and what results have come about. For example, if engagement levels of minority employees have improved, be sure to share that with candidates.

In our study, 77% of respondents said they would turn down a job if the company had lied to customers. This shows that honesty and transparency are high on their list of must-haves. Any hint of secrets or half-truths during the hiring process will scare them away.

Show candidates you prioritize honesty by giving them feedback throughout the hiring process. Let them know in what ways they stand out and where they can still improve. Don’t sugarcoat things. Instead, offer suggestions that will help them improve professionally, even if they don’t get the job.

As hiring professionals, it’s not easy to talk about sensitive topics such as these. But when you take the time to talk about ethical issues like racism, inequality, and general fairness, you show candidates what the company truly believes.

Ray Gibson is the Cofounder and CEO of StartMonday, an innovative recruiting platform for hospitality and retail designed for mobile generation candidates and time-strapped recruiters.

The post 4 Tough Topics You Need to Start Discussing During the Hiring Process appeared first on HR Daily Advisor.