On Friday, Apple began promoting its streaming show Carpool Karaoke: The Series inside of the TV app, marking the first time the entire series will be available for people who don’t subscribe to Apple Music. Carpool Karaoke and Planet of the Apps — which represent Apple’s foray into original television content — have been mainly housed inside of the Music app since they both launched last year, and in the ensuing months the company has been connected to over a dozen upcoming original TV shows.

Apple has set aside $1 billion for its TV efforts, with a global team working on high-quality dramas that reports have compared to Stranger Things and Westworld, in terms of scale. Due to the amount of money it’s putting into the initiative, Apple is expected to distribute the shows via subscription service of some kind, and with the recent expansion of Carpool Karaoke into TV we now have a potential hint at what Apple might do when launching its next set of shows. 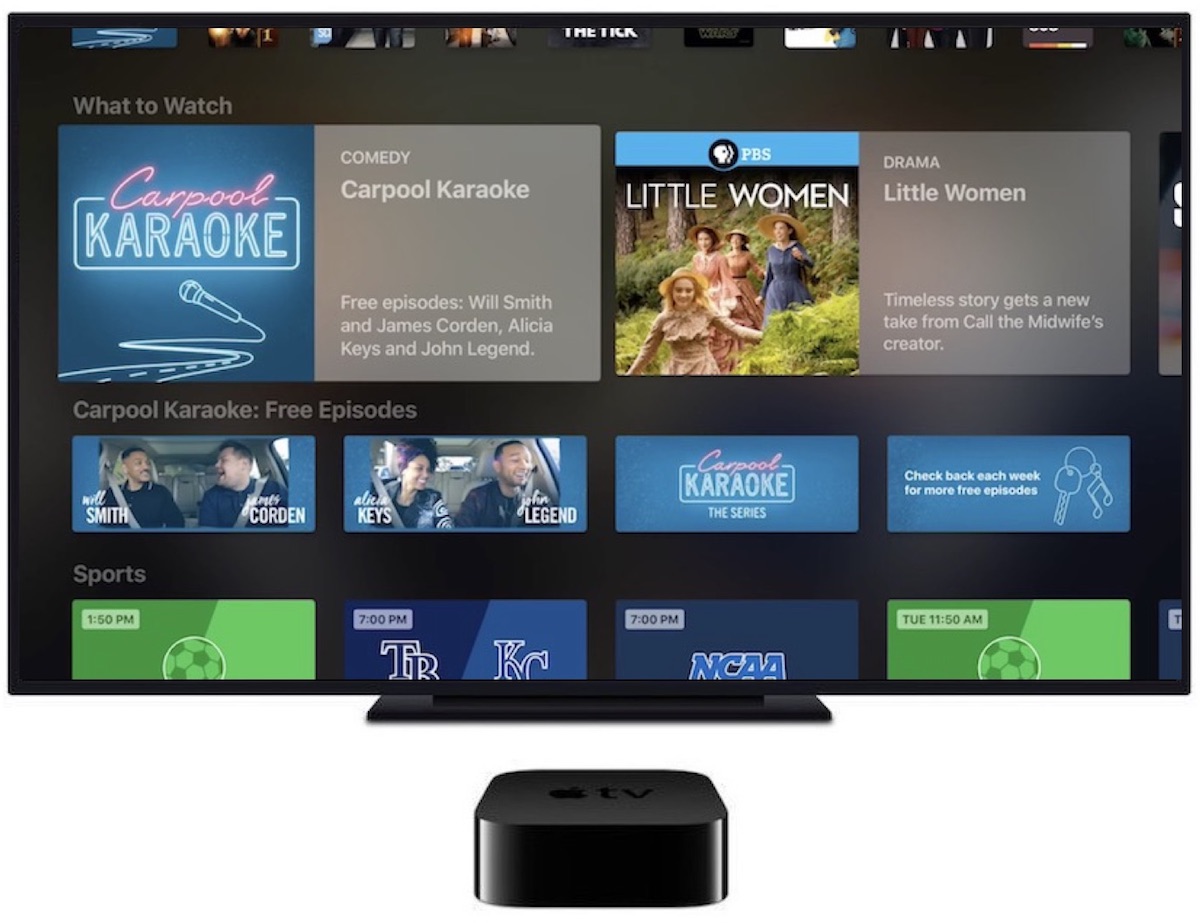 Apple started off leaning into Apple Music as its home for new shows, with a “TV & Movies” category in the Browse tab, so it’s been somewhat unclear how the company will go about launching its own streaming TV service. Possibilities include keeping the shows within Apple Music and bundling a TV category into user subscriptions, launching a completely new streaming service and connecting it to iTunes somehow, or making the service and shows available in the existing TV app.

That last option appears like a solid guess now that the entirety of Carpool Karaoke is rolling out on TV. When the app is opened this week, Apple gives Carpool Karaoke prime placement on the “What to Watch” tab, along with an exclusive tab bar that highlights the free episodes of the show. One of the advantages of Apple TV and the TV app is a quick snapshot of every app that a show or film is available on, and for Carpool Karaoke instead of just “Music,” it’s now “Available on TV.” 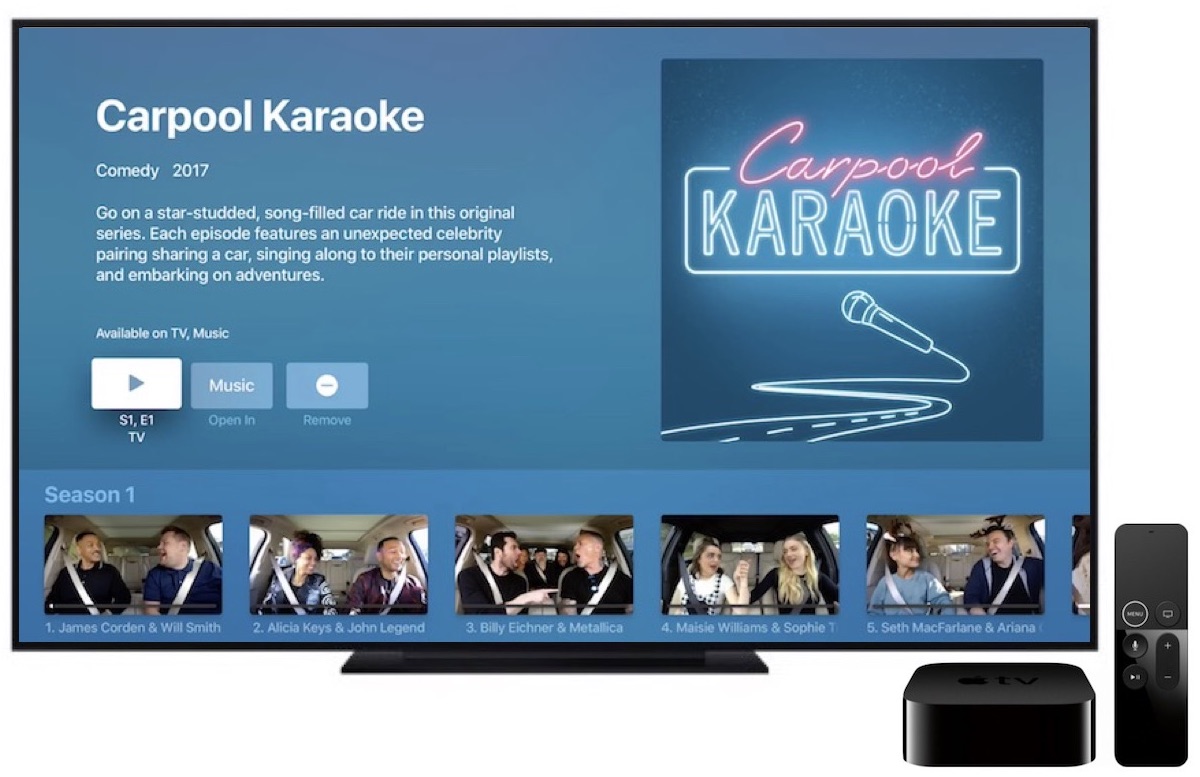 This means that when you click the play button, you won’t be diverted to another app to stream the show since it’ll be playing directly in TV, similar to how purchased movies and TV shows from iTunes work in the app (on the other hand, Planet of the Apps does not have an “Available on TV” label and still must be watched in Music). If combined with its upcoming plan to offer subscriptions to other streaming services in TV, Apple could then let users subscribe to its own service within the app, with a dedicated area for shows exclusive to the company.

Apple’s weekly rollout model for episodes of Carpool Karaoke could also be a hint at how some shows might debut on the dedicated streaming service. Following the first two episodes, Apple will now put one episode onto the TV app every Friday until the season is finished at episode 19. Streaming networks vary in episode distribution strategy, with Netflix popularizing the all-at-once model while Hulu chooses to release episodes of its shows, like The Handmaid’s Tale, one episode per week. 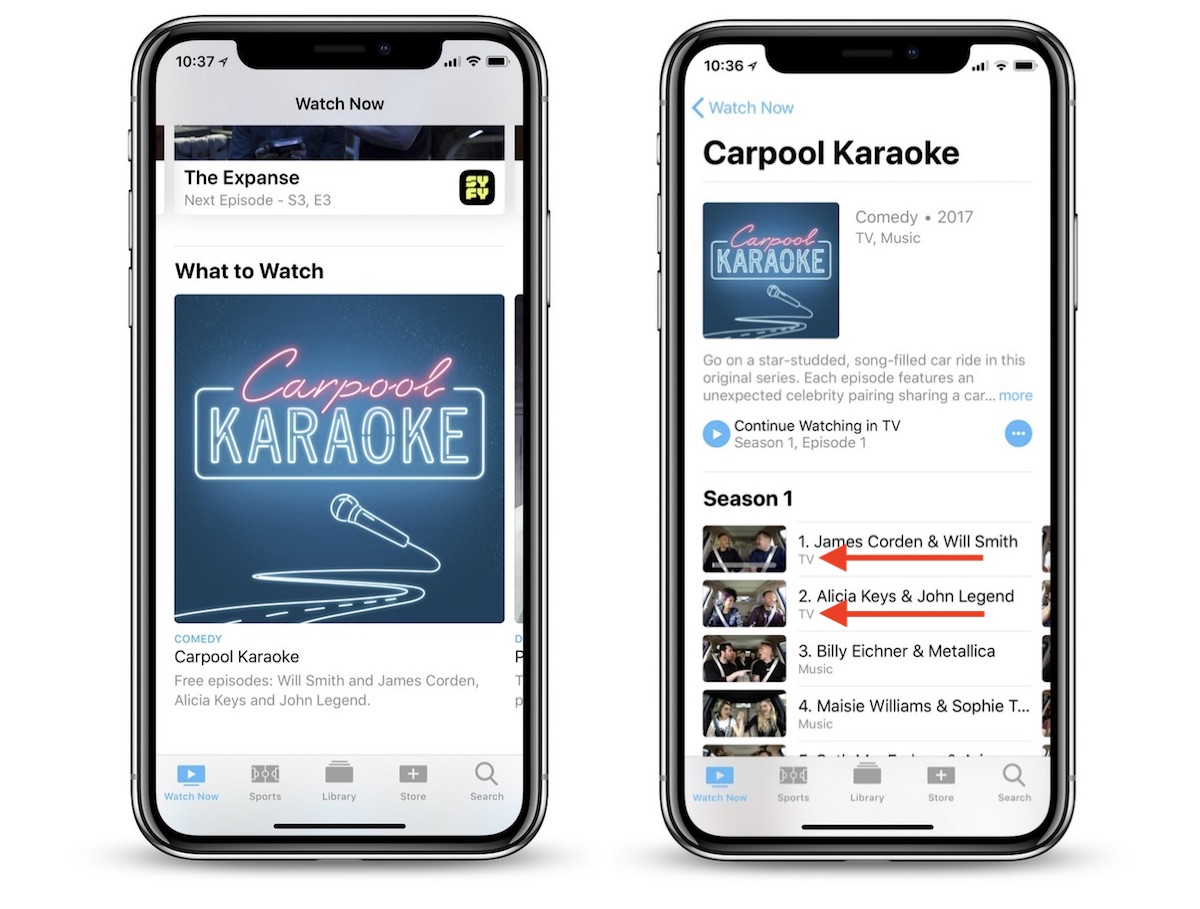 Every Friday, Apple will add a new episode of Carpool Karaoke into TV

The tricky thing is that Apple Music itself does connect to the TV app, so even if some shows initially launch bundled into Apple Music, you’ll still be able to keep them organized in TV (like you can with Planet of the Apps right now), with the main difference simply being the actual location of streaming the series. Of course, we won’t know for sure how we’ll be watching Apple’s shows until the company lays down its plans for the rollout, which could launch as early as March 2019 according to the latest rumor.