How to Fix the 'Black Dot' Unicode Bug Crashing iMessage

Yet another Unicode bug has been discovered that is capable of crashing apps and operating systems, ranging from WhatsApp on Android to iMessage on iOS. We won’t share the exact string, to prevent it from spreading further, but it includes black dot (⚫️) and pointing left (👈) emojis and other characters. 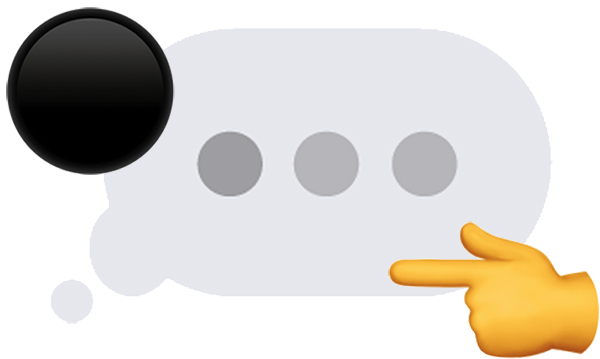 In general, whenever this type of bug occurs, the issue can be resolved by deleting the conversation containing the problematic message. The following steps work on iPhone 6s and newer, excluding the iPhone SE:

If you have an iPhone with Siri but not 3D Touch, ranging from the iPhone 4s to the iPhone 6 Plus, and iPhone SE, the steps are slightly different:

It may also be possible to delete the problematic message on another device running the iOS 11.4 or macOS 10.13.5 betas via Messages on iCloud.

While this latest Unicode bug was discovered last week, it is only now beginning to receive widespread attention in the Apple community, after it was highlighted on a few popular YouTube channels. We’ve elected not to provide any links, but the specific string is easily Google-able for those interested.

The bug affects both iOS 11.3 and iOS 11.4 beta, and many other software versions, platforms, and devices. Apple has yet to issue a fix, but it will likely release software updates to address the problem soon.