Is Telecommuting a Reasonable Accommodation?

The 6th Circuit Court of Appeals—which covers Kentucky, Michigan, Ohio, and Tennessee—recently heard a claim from an in-house lawyer who sued her employer for refusing to provide the accommodation she requested as a result of pregnancy-related complications. 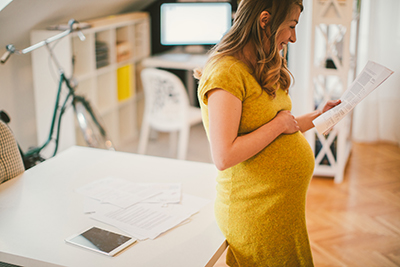 “Miriam,” an employment lawyer who worked for Memphis Light, Gas & Water Division (MLG&W) in Tennessee, experienced serious complications during her pregnancy in 2013. As a result, her physician placed her on bed rest for 10 weeks. She then asked to be allowed to work either from her hospital bed or from home while she was on bed rest as an accommodation for her condition.

MLG&W denied Miriam’s accommodation request on the grounds that her physical presence at the office was an essential function of her job and telecommuting created confidentiality concerns. Although MLG&W’s legal department requires its lawyers be in the office from 8:30 a.m. to 5:00 p.m. every day, many lawyers nevertheless telecommute. In fact, Miriam had telecommuted for 2 weeks in 2012 while she was recovering from neck surgery.

Instead of being permitted to telecommute, Miriam was placed on a medical leave of absence, during which she received sick pay and short-term disability pay. Following the birth of her baby, she returned to work.

On appeal, MLG&W’s central argument was that Miriam wasn’t a qualified individual with a disability as that term is defined by the ADA because she couldn’t be physically present at the office. While there was some documentation (including the job description) suggesting that physical presence is an essential function of the employment lawyer position, that documentation was based on outdated information and was inconsistent with testimony by Miriam, her colleagues, and even MLG&W’s outside counsel.

The job description was based on a 20-year-old survey that didn’t reflect changes in technology and included tasks that she hadn’t performed in many years (e.g., trying cases and taking witness depositions).

Of particular concern to the court was evidence that MLG&W determined which accommodations it was willing and unwilling to provide Miriam before anyone even spoke with her. Members of its ADA committee testified that they would never grant an accommodation request to telecommute regardless of the circumstances. According to the court, that was a failure to engage in the interactive process required by the ADA.

The court also noted that Miriam asked to telecommute for a finite period of time, making her accommodation request inherently reasonable. In recent cases, the court has found open-ended requests to telecommute unreasonable in certain circumstances. Because there was sufficient evidence from which a jury could conclude that her request to telecommute for 10 weeks was a reasonable accommodation for her pregnancy complications, the court upheld the jury’s verdict. Mosby-Meachem v. Memphis Light, Gas & Water Division, No. 17-5483 (6th Cir., Feb. 21, 2018).

This case serves as a reminder of the importance of both engaging in a meaningful interactive process with an employee who requests an accommodation for a disability and critically analyzing information about her essential job functions to determine if the information might be outdated.

The case also suggests that the court may be moving away from the legal principle that an employee doesn’t get to choose which accommodation her employer must provide. Miriam was given a leave of absence to accommodate her pregnancy complications and was returned to her position when she was able to resume work. That accommodation wasn’t good enough, according to the jury—and the 6th Circuit.

Rachel E. Burke, an editor of Ohio Employment Law Letter, can be contacted at rburke@porterwright.com or 513-369-4236.

The post Is Telecommuting a Reasonable Accommodation? appeared first on HR Daily Advisor.