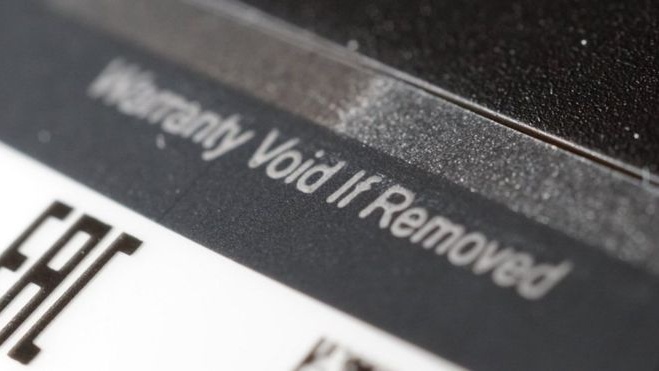 In April, the US Federal Trade Commission (FTC) declared that prohibitive and illegal warranties are rife across the consumer electronics industry. The FTC sent letters to offending companies demanding that they change their warranties within the space of 30 days or face legal action.

Three of the companies that were taken to task by the FTC were Nintendo, Sony and Microsoft, whose console warranties were deemed illegal due to the limitations placed on peripherals and repair services, as well as the use of ‘Warranty Void if Removed’ stickers.

Now the 30-day limit is just about up, and it appears that both Sony and Nintendo have made changes to the language in their warranties to comply with FTC demands.

Sony has announced that on May 8 it updated its US warranties for its range of PlayStation hardware to make them more transparent. Before, Sony’s warranty stated that it would not repair any consoles that been used with unlicensed peripherals or had damaged warranty stickers.

Now, however, it’s a little less restrictive and states that it won’t repair consoles that have been used with unlicensed peripherals only if it’s clear that the damage was caused by those peripherals. So if you used an unlicensed hard drive with your PS4 and it suddenly goes boom for a completely unrelated reason, Sony won’t be able to turn around and point the finger at your hard drive.

The company also makes it clear that warranties are still valid, even if the sticker on the console has been removed or damaged. The only time the warranty will be voided is if it’s clear that the user has removed the sticker, opened the console and done damage themselves.

Nintendo has also made changes to the language in its US warranties, with an addition to the Limitations section on its site stating that warranty will only be void if it’s clear that the use of non-Nintendo products is the cause of the damage to the console.

The FTC was also concerned that Microsoft’s warranty stated it would be void if a console was “repaired by anyone other than Microsoft”. At time of writing, this is still the language used on Microsoft’s terms of service.

While these changes only apply in the US at the moment, it does set an interesting precedent for consumer bodies the world over to start tackling prohibitive language in warranties. We're watching this space.