Takeaway: Timeular, an eight-sided physical device, is the best way I’ve found to track my time. Time tracking is tedious—and often involves a lot of manual data entry. Timeular makes the process easy—you flip the device to the task you’re working on, and it will track everything automatically. It’s buggy, but still significantly easier than manually tracking your time. 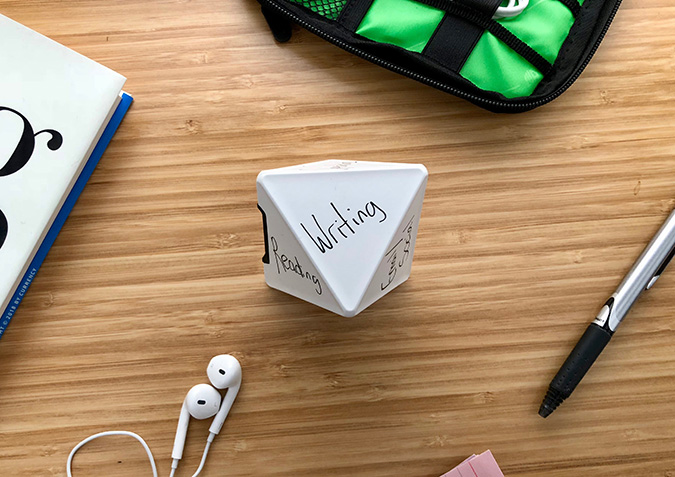 Tracking your time is a huge pain. The process is tedious, even when you’re only tracking how much time you spend on your most important tasks. It’s easy to forget something, and time tracking can interrupt your flow. Apps like RescueTime and Timing (available only for Mac) make the experience somewhat better, but they don’t track the time you spend away from your computer, or on your phone.

Enter Timeular ($129 USD): the simple, eight-sided device that has quickly become my go-to time tracking tool. Its premise is simple. You use the included erasable marker to label each of the eight sides with what you work on every day, and then the device automatically tracks how much time you spend on whichever task is upwards facing. Switching tasks is as easy as changing which side of the Timeular is facing up. The device syncs with the Timeular app (available for Windows, Mac, iOS, and Android), and is dead simple to use.

This is the time tracker I personally use and recommend, though it’s not without its downsides. After using the thing for a couple of months, here are several reasons to buy the device—and a few negative features to consider first.

Why you should buy a Timeular: 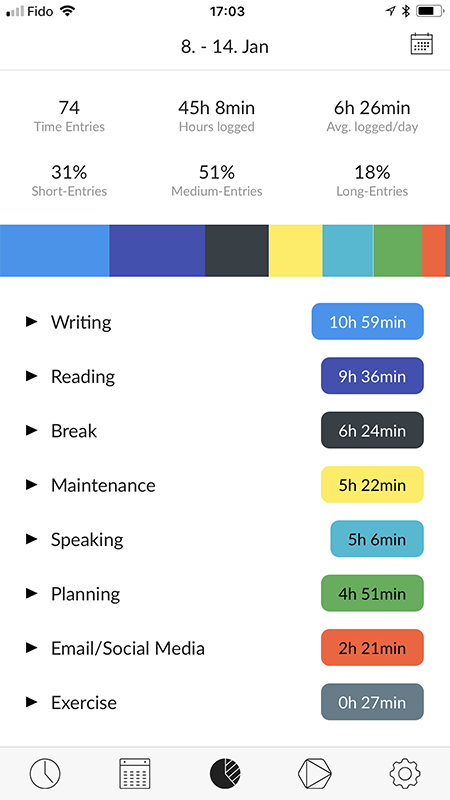 Why you shouldn’t buy a Timeular:

The above are reasons you should pick up a Timeular. But there are a few deal breakers:

Here’s the bottom line: Timeular is likely to make you more productive. But it’s buggy, and it’s those bugs that prevent me from recommending the device wholeheartedly. The device would be near-perfect if not for these frustrating bugs. I still recommend it, albeit with these reservations. It’s the best way I’ve found to track my time.

The post Timeular review: My time tracker of choice appeared first on A Life of Productivity.