How to Build a Genuine Company Culture

The business world cherishes the idea finding solutions to problems. Leaders often believe that their businesses, like their products, will function optimally if they just ‘solve’ for the right issue. This mentality backfires when you’re dealing with culture. 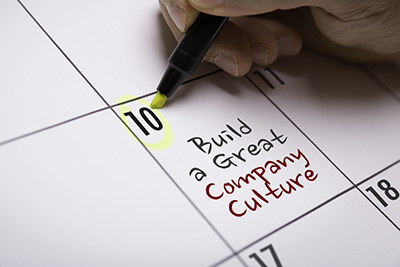 The invisible norms, behaviors, and institutions guiding your team defy that problem-solution mindset. The real ‘problem’ is how to create a culture that grows resilient with time.

In business, culture forms as people study each other’s behaviors and, consciously or unconsciously, copy them. Culture is modeled, not stated.

In 2005, I quit my job and started working on JotForm. As a bootstrapped business, we grew slowly by the standards of Silicon Valley. We now have 100 people and an unusually low churn rate. What are we doing right?

My ‘how-to’ guide to culture would be a fib. A borrowed culture isn’t genuine, effective, or transmittable. Rather than unload platitudes on you, let’s examine three principles of business culture that transcend individual companies.

Culture has neither an expiration date nor an ‘instant-cook’ recipe. The culture you have on day one of business could be part your culture 10 years later. However, you cannot build a genuine culture if you catapult from one employee to 50 in 6 months by burning venture capital (VC) money like jet fuel.

Before you play devil’s advocate with examples of rapid cultural transmission (e.g., viral videos), consider that businesses aren’t governed by attention-seeking algorithms the way social media is. Business culture is ‘rigged’ differently. Employees embrace culture because a) their livelihood depends on it, b) it feels natural enough (i.e., they’re a cultural fit), and c) they respect it to some degree.

Joining a culture is a long process because newcomers must learn the language, conventions, and rituals. If you want to be a baseball fan and associate with them, you must learn the acronyms for statistics, grasp the rules of the game, and know what fans are supposed to do at ballfields. If you grew up playing baseball, you’re steeped in the culture and don’t notice its idiosyncrasies. If you grew up in Turkey, as I did, you might face a steep learning curve. Joining an unfamiliar business culture is no different.

At companies that have extreme churn rates and explosive growth, people have no idea how to behave – they’ll emulate the person who can fire them, even if that boss has only been at the company a month. The boss hasn’t absorbed the culture, yet she’s supposed to teach her team about RBIs and dropping peanut shells on the stands. Those she manages won’t get the genuine culture.

2. Maintain a Culture with a ‘Small-Town Feel’

The fast-growing, high-churning company suffers the big-city mentality. If you’re riding the subway in New York, you probably don’t know people nearby or expect to see them again. Why would you say hello? By comparison, in a small town, you know everyone, or you’re separated by one or two degrees. You’re friendly because there’s no anonymity. The question is, how do you keep the small-town feel even as you grow?

In JotForm’s case, we had three employees in 2008. Culture flows top down, so that second employee absorbed my culture, and the third absorbed culture from both of us. I absorbed their cultures too, and for the better. Each subsequent hire absorbs more culture than she adds (on average).

Unfortunately, when the company reached 28 people in 2012, productivity hit an all-time low. Communication and collaboration deteriorated because we’d lost our sense of community – and cultural continuity.

I decided to split everyone into small, cross-functional teams of four or five people. Each group worked autonomously, and each new team had to have at least one long-term employee who’d transmit the original culture. The approach reawakened our collaborative roots and spread JotForm’s culture across multiple teams. Company-wide events like Hack Weeks and Demo Days brought everyone together and prevented factions from forming. Culture takes slow-cooking, but it also takes a small-town feel, without which it becomes a thin broth.

The slow-cooked culture and small-town feel address two common weaknesses. The first is trust. In low-trust environments, where the expectations of culture are undefined, people are afraid to act genuinely. The second issue they address is transmission. At big-city companies, leaders transmit fragmented, conflicting cultures. Small-town teams transmit shared culture. Neither of these two principles ensures that you will have a “good” culture.

For JotForm, a good culture is one in which people execute quickly, be creative, be nice, and put product first. We didn’t plan that culture the way dictators planned societies behind the Iron Curtain. No, our culture emerged from who we are and how we behaved. If I’m nice to my first hire, he’ll be nice to the third hire, and so forth. Our culture is genuine insofar as we’ve been genuine with ourselves and each other.

When you try to declare and program culture, you get companies like Enron. Their motto was “Respect, Integrity, Communication, and Excellence.” Their employees read that but saw their superiors act with arrogance, dishonesty, opacity, and mediocrity. Whatever shortcut or ethical misstep it took to cook the numbers, that culture said it was ok.

Nothing is wrong with Enron’s motto! In fact, no one cares what’s in your culture document – they care whether your behavior matches what’s in the document.

Above, I haven’t said how you should build a culture or what it should include. Instead, I shared principles that illustrate what culture is, how it spreads, and why culture emerges from behavioral patterns.

If you lead a company and have cultural ‘problems,’ copying Netflix, Zappos, or Google isn’t a solution. Instead, look at the behaviors you and fellow leaders model. If a negative behavior is pervasive at your company, you don’t have a rotten egg problem – you have a cultural problem – and there is no quick fix. The culture changes as its leaders do.

The post How to Build a Genuine Company Culture appeared first on HR Daily Advisor.