For the last 3 years, we have been providing regular updates on the continuing litigation saga in the “mark of the beast” case. The case has finally ended. Here’s a recap. 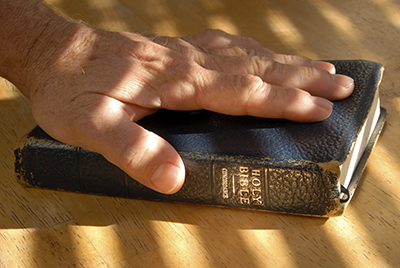 History of the Case

In 2011, the Equal Employment Opportunity Commission (EEOC) filed a lawsuit on behalf of Beverly Butcher, who resigned from his job as a coal miner at CONSOL Energy rather than allowing his hand to be scanned at the beginning and end of each shift to record his time worked. Butcher, who is an Evangelical Christian and an ordained minister, argued that the scan would tag him with the biblical “mark of the beast” and condemn him to eternal punishment.

A federal court jury found that Butcher had been unlawfully discriminated against because of his religion and awarded him almost $600,000 in damages. CONSOL appealed to the 4th Circuit, which turned down the appeal and upheld the jury award in Butcher’s favor. Dissatisfied, CONSOL sought review by the U.S. Supreme Court.

The EEOC opposed any further review of Butcher’s award. The Supreme Court recently agreed, denying CONSOL’s request that it consider the matter. CONSOL has now exhausted all of its challenges to the jury verdict, finally ending the litigation.

The “mark of the beast” case serves as an important reminder that you need to take your employees’ sincerely held religious beliefs seriously, even if you view them as far-fetched. It’s always best to listen to an employee’s concerns and reasonably attempt to accommodate them.

If you have any doubts about your religious accommodation obligations, consult experienced employment counsel for guidance. If you are slapped with a religious discrimination lawsuit, you’ll want to be in the best position to justify the appropriateness of your actions—conceivably all the way to the Supreme Court.