Yanny or Laurel? What the sonic trick says about your ears (and speakers) 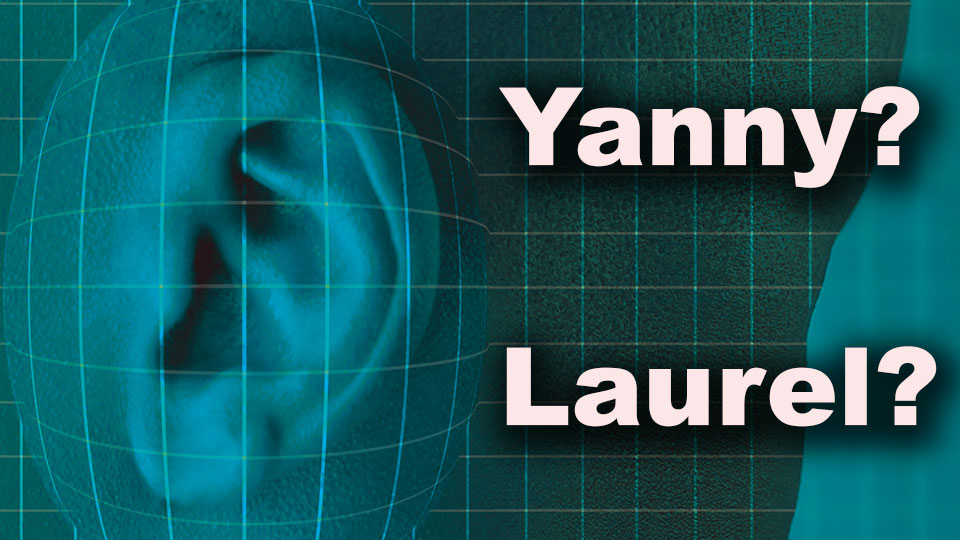 Have you heard it yet? Have you made sense of it yet? Are your ears working properly? How about your brain?

Is it Yanny or Laurel? Don’t know what we’re talking about? Listen to the clip below and see what you hear:

So what name is being said: Yanny, or Laurel? And what do those around you hear?

In what’s quickly becoming 2018’s answer to “The Dress” visual mind melter, the Yanny and Laurel enigma is dividing opinion across the globe, with some people hearing one name, and others certain it’s the alternative.

So what’s causing the discrepancy – how can one sound be received differently by people, especially when the same person can hear different names being played back at different times? Well it’s all down to the way different people perceive sound differently, and the way we individually process frequencies. With the audio frequency patterns of both words relatively similar, relatively small differences between people’s hearing can cause confusion.

The sad thing? You’re more likely to hear the name “Laurel” than your are “Yanny” the older you get. That’s because as you age your ability to hear higher frequencies diminish. This is called Presbycusis, and affects most people to some degree as they move through their 30s and into later life.

It’s made quite clear in this second clip, which shifts the pitch of the original audio file up through low frequencies to higher ones, at which point you can pinpoint exactly where the name changes for your ears.

And, as we’ve found at TechRadar towers, it can be just as easily affected by the sort of audio hardware you’re playing back on. On an array of speakers from a MacBook Pro’s built in speakers to a pair of Marshall MID ANC headphones to a fancy Devialet Phantom Gold and beyond, different members of the team heard different words through different devices, showing just how varied the audio performance of different gadgetry can be. Bass-ier devices more clearly and regularly produced more “Laurel” than “Yanny”, which lines up with the theories laid out by audio experts.

So, before you get worried that your hearing is degrading, make sure you’ve tried the clip on a range of speakers – it may well prove to be that your device’s engineers have just tuned a bias into them.