Google has offered an Incognito Mode in its Chrome web browser for nearly ten years now, offering users the chance to disable their browsing history and web cache while the mode remains active. Features like Incognito Mode offer peace of mind since users can navigate to any website without being tracked and without cookies being stored, all while maintaining the same features as a normal web browsing experience.

Today, AndroidPolice reports that Google might extend this feature into its mobile YouTube applications, following the discovery that Google is testing an Incognito mode in the Android YouTube app. For users in the test, Google has combined “Switch account” and “Sign out” into one menu item behind account settings, leaving a new slot for “Turn on Incognito.”

When this is on, it appears to act similar to Incognito in other Google products, with a pop-up box explaining that all activity from the Incognito session “will be cleared” and the user will go back to the last-used account when they decide to exit the mode. At the bottom of the screen a small bar reminds users that “You’re incognito,” and AndroidPolice discovered that subscriptions are hidden as well during this time. 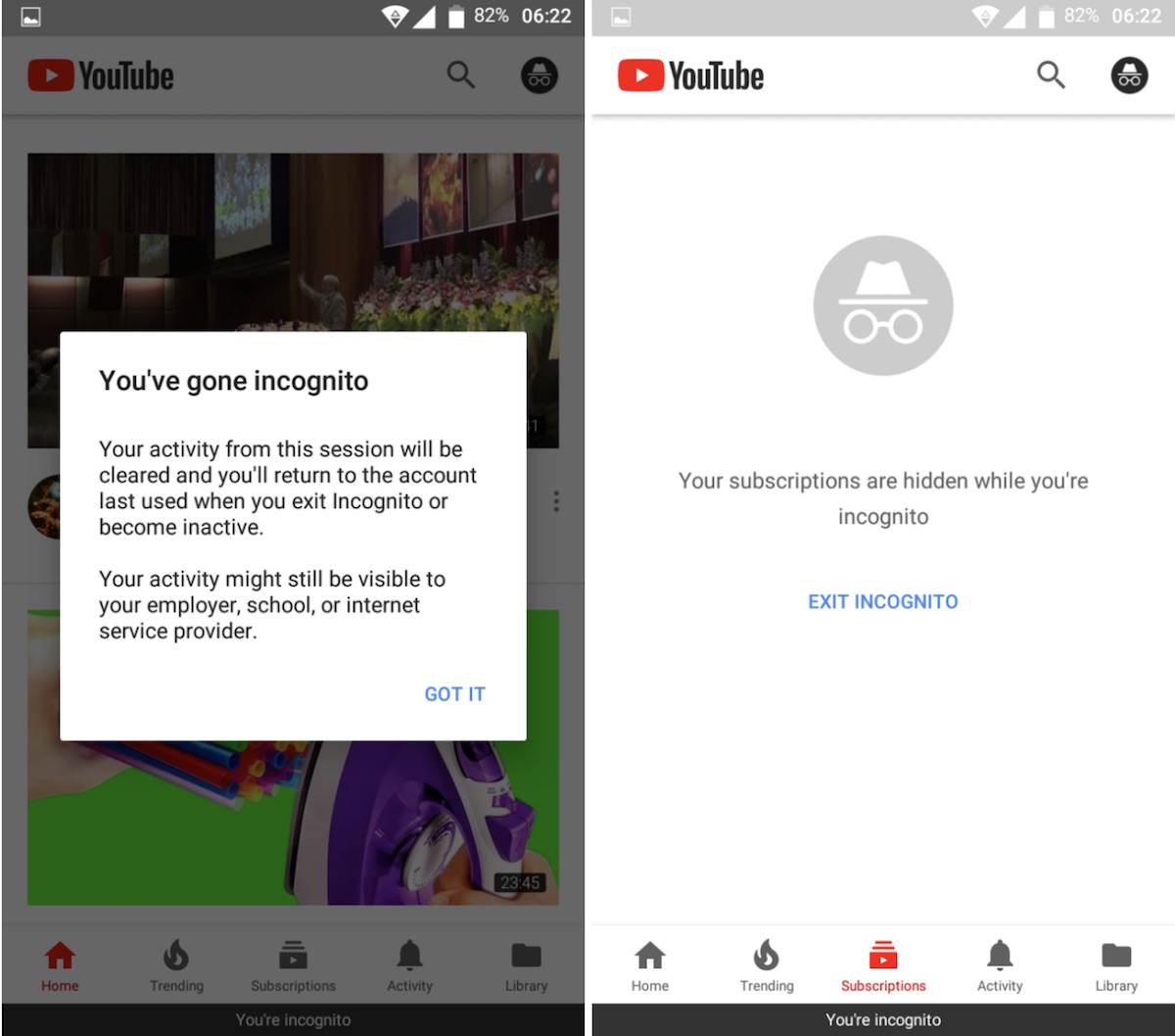 However, YouTube warns that “your activity might still be visible to your employer, school, or internet service provider.” Otherwise, the mode in testing acts similarly to Google Chrome’s Incognito feature and will prevent any video searches and watched videos from being saved to the account history. Notably, this means the service’s recommendations would not be affected by anything watched while a user is Incognito.

Apple’s Incognito alternative for Safari is called Private Browsing, which prevents a user’s browsing history from being saved, while also asking websites not to track users. If you’re wondering how to activate Private Browsing on an iOS device, be sure to visit our How To guide on the topic.