As an HR professional, it’s your job to make sure the benefits your company offers are competitive and desirable. It’s not just about hiring the best and brightest—it’s about retaining the great people you already have! Knowing what sorts of benefits are most valued by employees today can help you make confident plans for the coming year’s offerings. 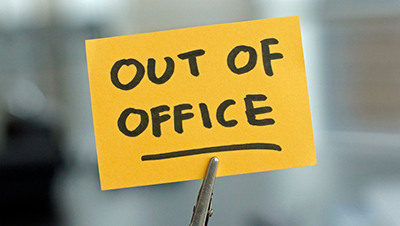 According to a recent survey commissioned by TSheets of 500 U.S. employees, nearly three-quarters of employees say they receive 15 days of paid time off (PTO) or fewer from their employer. Most receive 6–10 days, followed by 11–15. The third most common response was 0 days, followed by 1–5 days. As for those on the high end of PTO, 5% of respondents receive 26–30 days of PTO, while another 5% say they get 31 days or more!

According to the average employee, most companies offer some additional PTO beyond the typical PTO. Paid holidays, paid sick leave, and paid personal days were the three most common responses, though paid bereavement leave and paid maternity leave were close seconds. Paid paternity leave was the least common response for those who reported receiving additional PTO benefits.

As for how that time is earned, 43% of respondents say they accrue PTO days and can carry those days over to the next year. One in four says he or she also accrues his or her PTO, but he or she can’t roll over any hours. Around 30% of survey respondents report receiving an annual allowance of PTO, and the majority of these are able to roll over their unused time.

The Link Between PTO and Stress

Interesting enough, 65% of employees reported not using all their PTO last year, though the most popular answer for those who chose not to take it was that they were saving it to carry over. Of those who did not use up all their PTO, 30% said they had 1–5 days left unused, while 16% had 6–10.

The second most common answer workers gave for not taking all their PTO was workload, followed by feeling uncomfortable asking for it. Seven percent of respondents said their manager wouldn’t approve it, while 6% said their company has a culture that discourages people from taking time off. Overall, 80% of respondents had a reason other than carrying over PTO for not taking all their PTO last year.

In the same vein as not taking their PTO, many workers are also going to work sick. In fact, 89% of workers have gone to work sick at one time or another, and over 44% report they go to work sick six times a year or more.

If taking some time off—whether to heal or simply to take a vacation—is considered integral to managing stress and keeping workers productive, it stands to reason companies should be encouraging workers to step away from the desk now and again.

And speaking of managing stress, 33% of respondents say they have an unhealthy amount of stress at work. When asked if they feel they have enough PTO, respondents were split down the board, with 52% answering yes and 48% answering no.

What’s interesting about this last figure is that while nearly 50% of respondents say they need more PTO, 60% of people surveyed say they’ve worked while on PTO. Around 45% of employees have worked while on sick leave, vacation, or holiday pay. Another 17% have checked e-mails or done other work-related activities while taking a personal day.

Most workers agree: PTO is important. According to survey results, 61% of workers would turn down a job if it didn’t offer PTO. Similarly, 87% of workers listed PTO as something they think employers need to provide. But is there anything workers want more?

The answer is yes. A bump in salary would be more appreciated than a few extra days off. In fact, while 1 in 4 respondents says he or she would take more PTO over a raise, 74% say they’d prefer to get a raise.

Surprisingly, while 436 out of 500 workers listed PTO as important, 440 workers checked the box for paid sick leave. And an even more impressive 453 workers said paid holidays. Other high responses included paid family leave (at 393 votes), flexible work time (at 407 votes), and paid personal days (at 397 votes).

As an HR professional, you may be wondering what benefits to prioritize in the company’s budget to attract talent and retain your best people. PTO is certainly a priority, but earmarking certain PTO for other uses, like sick time and personal days, may be the key to your employees’ happiness.