After retaining the #3 spot on the Fortune 500 list for the past two years, in 2018 Apple has dropped one place and now sits at #4 on the list of the top U.S. corporations based on gross revenue. Apple’s displacement on the list came due to Exxon Mobil rising from #4 in 2017 to #2 in 2018.

Fortune broke down Apple’s spot on the list, mainly citing the “overall saturation of smartphones” as a potential reason for the company’s inability to rise higher in the rankings. Fortune discussed similar problems for Apple in the company’s profile last year, stating at the time that “Apple finally appeared to hit a wall” in reference to its reliance on iPhone sales. 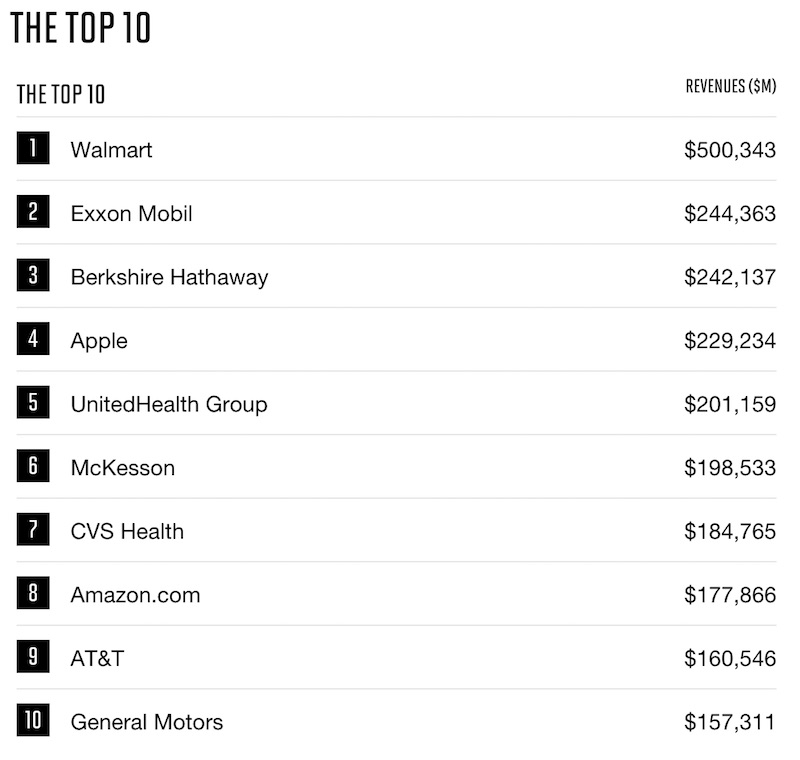 Apple took a small step back, from No. 3 to No. 4, despite a 6% gain in annual sales, but it led the way in profits with more than $48 billion in net income. In short, the Apple juggernaut continues at tremendous scale and despite the overall saturation of smartphones, which make up the vast majority of the company’s sales and profits. In an unusual move, Apple introduced three new phones, the upgraded iPhone 8 and 8 Plus, as well as the redesigned iPhone X (pronounced “ten”), powered by facial-recognition technology. Services likes Apple Pay and Apple Music continued to rise too.